Prem Poison Panga: Have You Seen The Lovey-Dovey Avatar of Jui Yet?

You’ve seen Jui show her love before. Now see her expressing her emotions, in a musical way. 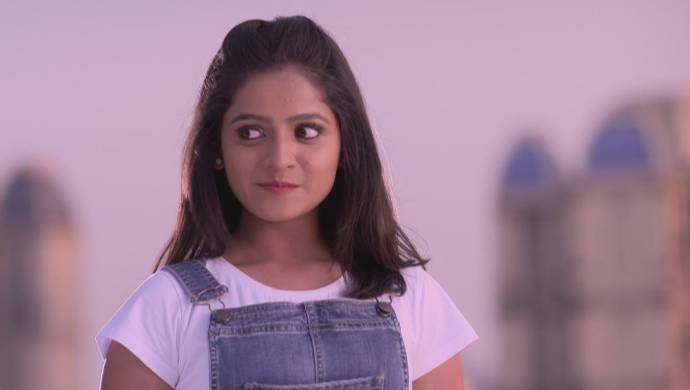 Sharayu Sonawane essays the role of Jui, the infamous Ichaadaari Naagin on the popular Zee Yuva show, Prem Poison Panga. The doe-eyed actress is your typical girl-next-door, but with a twist, in the romantic television series. She becomes aware of her twisted fate on her 21st birthday when she has to come to terms with the truth that she, in reality, is an Ichaadaari Naagin or a shape-shifting snake!

Watch the latest episode of the show here.

Facing  -truth hasn’t deterred Jui from loving Alap and expressing the same through varied ways.  s. The plot of the show thickened when it was revealed that now Jui plans to hide her snake-y reality from Alap, out of her love for him. We truly enjoy Jui’s romantic avatar on this show along with her and Alap’s will-they, won’t-they, romantic camaraderie., The two try their best to keep the love for each other alive, in spite of the slippery path that their relationship is on.

Almost Sufal Sampoorna: Will Appa’s Fasting Work In His Favour?

Do you know the secret behind Jui’s romantic avatar? We finally found the reason behind the actresses’ ability to showcase loving emotions on the show. The answer lies in the video below!

In June 2019, Sharayu aka Jui was featured in a romantic song with Gaurav Roy, who incidentally is also the singer, composer, and lyricist of Oye Janiya. The beautiful video captures youngsters in love.,  The lyrics of the song are deep and meaningful, teamed with a melodious tune.

The track captures the essence of young, teenage love, perfectly.  Similar to her character in the show, Jui in this video too, plays a girl who wears her heart on her sleeve and wishes to spend a few happy moments with her beloved. We see the doting couple walk along a sidewalk in Mumbai, with their world in slow motion,  as the rest of the crowd buzzes with excitement around them. They are seen making their way through the busy bylanes of crowded railway stations, and then at a college library, followed by the couple enjoying a sunset, near the sea-face.

How did you find the lovey-dovey avatar of Jui, in this video? Let us know in the comment section below! And stay tuned for more such never-seen-before updates about your favorite cast members on the show.