Prem Poison Panga: How Will Aalap’s Mother Digest The News Of Aalap And Jui’s Breakup?

Aalap's mother went to Jui's house to find out the truth. However, she had a surprise hidden for her. Find out the details inside. 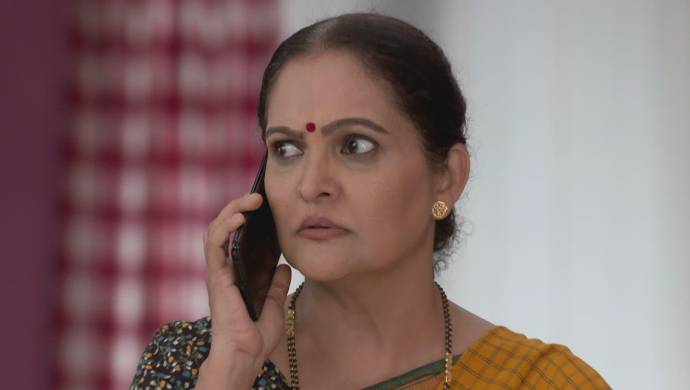 In case you missed it, Aalap and Jui have broken up in Prem Poison Panga. This separation was initiated by Jui because she knew Aalap wouldn’t be able to digest that she is a part snake. No points for guessing, Aalap is heartbroken and hasn’t shared this news with his mother. However, Aalap’s mother saw her son’s mental state and decided to ask the truth from Jui. Do you think the truth will be out in front of her?

As a concerned mother, Aalap’s mom visited Jui’s place knowing how close both of them are to each other. There, she wanted to know from Jui what has gone wrong with Aalap. Just as Jui was hesitating, to tell the truth, Aalap called Jui to warn her about his mother’s questions. However, instead of Jui answering that call, Aalap’s mother answered it. She heard Aalap request Jui hide everything from his mother. Hearing her own son say this, Aalap’s mother was hurt and became more suspicious about Aalap and Jui’s relationship. Knowing how sensitive Aalap’s mother is, we wonder how she will react.

Although we wish for Aalap and Jui to stay close together, the distance them between is growing with each episode. The situation is getting complicated since both their families are involved too. After seeing this, what do you think will be the future of Aalap and Jui? Tell us your thoughts in the comments below.