Jui and her family have to hide a grave secret from Aalap and his family. We wonder what would happen if Aalap comes to know about Jui's dark self. 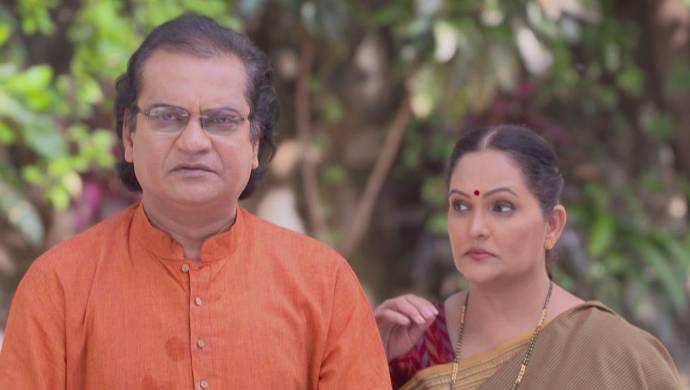 Nobody thought Jui and Aalap’s love story would get this complicated in Prem Poison Panga. The complications recently arose after Jui turned 21 years old. An age, at which most of us rejoice, brought sadness in Jui’s life. She turned into an ‘ecchadhari nagin’ and her life changed forever. Jui’s mother asked her to stay away from Aalap and her father advised her to always be alert. However, Jui’s friends, including Aalap, don’t know about Jui’s dark secret… yet. We wonder how Aalap and his family will react when they come to know Jui is not what they think of her to be.

Jui and Aalap have been friends for a long time. They are also truly in love with each other. Being so close, they never had to hide anything from each other until now. Jui is left with no choice but to keep her secret from Aalap since he hates reptiles. She feels he and his family will stop talking to her if they come to know about her true form. So, when Jui transformed into a snake in Aalap’s house, she had to escape from there without anyone knowing. Seeing this, we feel bad for Jui as she has to suffer for no fault of hers. Unfortunately, her poison almost killed Aalap. If his family ever comes to know this, they will never forgive Jui.

Until now, we cannot see any solution to this problem. The only ray of sunshine is Jui’s parents who are very supportive of Jui and understand her side. After reading this, we would love to know what would you do had you been in Jui’s place? Tell us your thoughts in the comments.

Saajana: Raosaheb Comes To Know About Rama And Pratap's Relationship?