Prem Poison Panga: How Will Jui Dodge The Wedding Photographer?

Jui realised that her secret will be revealed if the wedding photographer clicks her pictures. 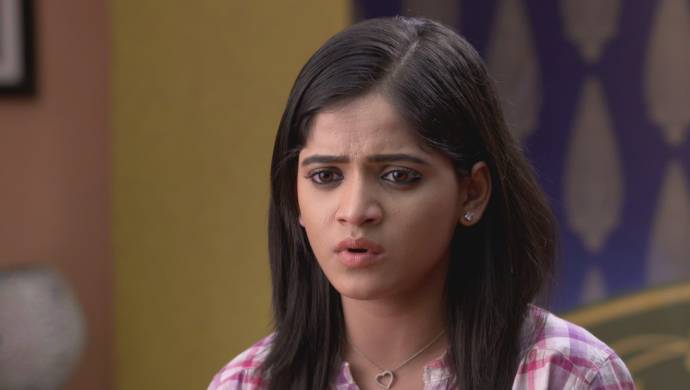 Aalap and Jui’s wedding preparations have started in full swing on Prem Poison Panga. Both their families are excitedly making arrangements as the big day nears. From saree shopping to ring selection, all of these ceremonies are slowly underway. Amidst this, Aalap decided to finalise a wedding photographer who will capture candid shots of the couple during these ceremonies. However, Jui realised that these pictures will reveal her secret. We wonder how Jui will be able to find a way out of this problem!

Jui and her family are snakes who have taken a human form. This genetic trait was passed on to them from their ancestors who were also snakes. The Bhole family might be able to deceive the people around them, but they can’t deceive the camera. In photos, you can see Jui as a snake than a human. Due to which, they can never take photos or let their photos be taken. Now, as Jui and Aalap’s wedding nears, Jui will have to handle the wedding photographer who would constantly be clicking the couple through his lens. Since weddings these days always have a photographer an integral part of them, we wonder how Mr and Mrs Bhole are going to convince Aalap’s family to not include one.

The only solution we can see to this problem is Jui and Mr Bhole finding the spell which can get them rid of their curse. We hope Jui gets her hands on the spell before her big day arrives. Until then, we would love to know any way you can help Jui who is stuck in this problem. Let us know your thoughts in the comments below.

Almost Sufal Sampoorna: 5 Things You Need To Do Before You Turn 25!