Prem Poison Panga: Indian Or Traditional – Which Is Your Favourite Avatar Of Jui?

We would love to hear which look you think suits Sharayu the best! 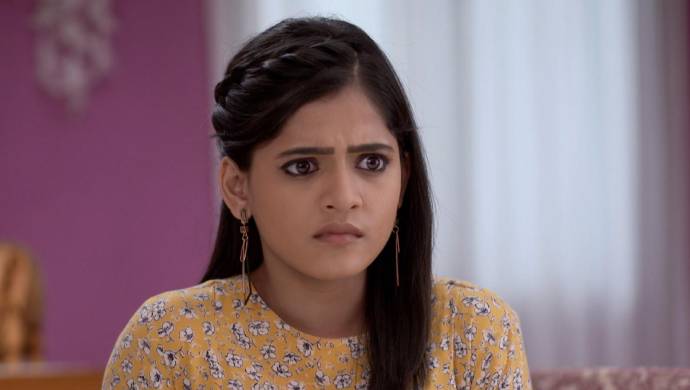 We love Jui’s bubbly character in Prem Poison Panga. Apart from her amiable personality traits, we also enjoy her fashion sense. The actress Sharayu Sonawane, who essays this character, is mostly seen in dresses, crop tops and denim dungarees. IOn rare occasions, we have also witnessed Jui in the Indian attires. This has been during Jui and Aalap’s family meetings when we saw her embracing a salwar-kameez or a saree. So, we decided to find out which amongst both the avatars, do you like on Jui?

Since the beginning of Prem Poison Panga, Jui has carried Indian and Western wardrobe confidently. Observing from her fashion choices so far, we have seen her being inclined towards western clothes, more than Indian. But, when she does wear India, she does make a statement. Like, in the outfit below,  the actress wore a beautiful black saree. While keeping her bangs poker straight, she tied rest of her hair in a bun. This look won many compliments from her social media fan base.

The actress opted for a simpler look in a black dungaree and olive green t-shirt. In this avatar, Jui looks like a typical girl-next-door. She kept her lips nude and opted for a khol kajal for her eyes.  Sharayu needs to tell us her secret of keeping her eyebrows on fleek.

Both these avatars look pretty in their own way, don’t you think? Which one of the above looks do you like? Tell us your thoughts in the comments below.

Phulpakhru: Yashoman Apte And Ashish Joshi Take A Trip Together, Pics Inside!