Prajakta didn't like it when Aalap's mother Malti, gave attention to Jui. This made us suspicious about her intentions towards the latter. 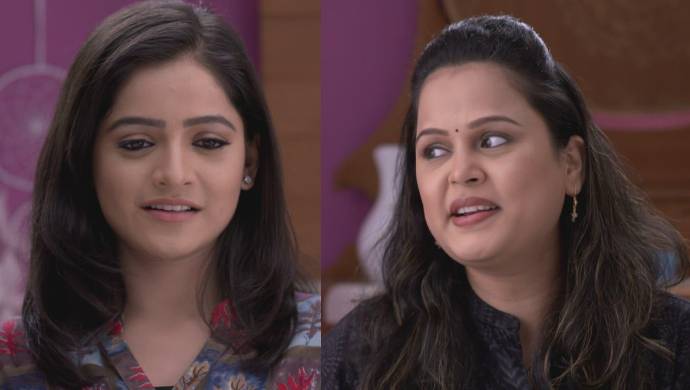 By now, you must be aware of Prajakta’s temperamental nature in Almost Sufal Sampoorna. Due to the same, she and Aalap’s mother Malti, are never on the same page. They have had their share of differences, during which, Prajakta has been seen storming out. Recently, when Malti was seen giving attention to Jui, Prajakta got irked. She didn’t the fact that the latter, who is much younger, was getting favoured by Malti. Do you think Prajakta will create problems for her?

Watch an episode of Prem Poiuson Panga below:

Jui and her family are hiding a dark secret from Aalap’s family. They know that Aalap and his kin would never accept Jui, in her snake form. However, previously, Gandhar and Prajakta accidentally almost learnt about Jui being an icchadhari naagin. Although they grew suspicious of her at the time, the couple didn’t have concrete proof. Recently, Jui and her mother visited  Aalap’s house, to begin their wedding shopping. The latter’s mother, who is elated to make Jui a part of their family, complimented her, and gifted her a beautiful saree. This didn’t go down well with Prajakta, who is used to being in the limelight. Jui’s mother quickly sensed Prajakta’s jealousy, but kept quiet. We hope in the future, the latter doesn’t try to ruin Jui’s image by announcing her truth in the family.

We are keeping our fingers crossed and praying that Prajakta never comes to know about Jui’s secret. It would be the worst thing to happen to her and Aalap’s relationship, don’t you think? We would love to know your thoughts on this subject in the comments below.

Meanwhile, for more entertainment, check out the special Diwali movie playlist curated just for you on ZEE5.

Almost Sufal Sampoorna: Will Nachiket Be Able To Crack The Business Deal?