Aalap's mother, Malti doesn't like her son's change in priorities after Jui came in his life. 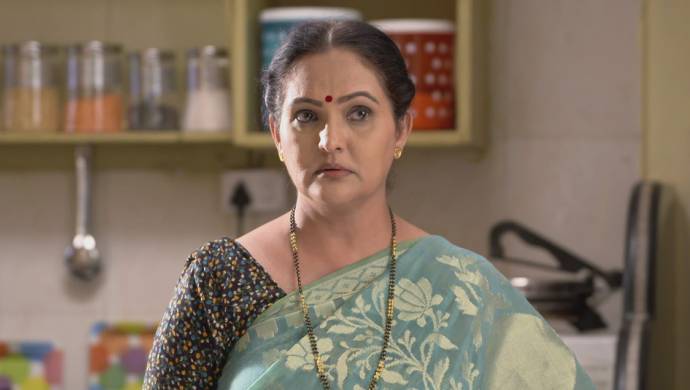 Mothers getting possessive about their son’s after their marriage is a common phenomenon seen in families. It is hard for them to fathom that the newly wedded daughter-in-law is going to be equally important as them in their son’s life. This situation is seen in Aalap and Jui’s union on Prem Poison Panga. Even though Aalap’s mother, Malti loves Jui and is fond of her, she is still can’t see her son getting swayed by Jui. We got this hint when Aalap and Jui’s families came together to discuss the couple’s pending engagement.

Malti had known about Jui and Aalap’s affection for each other for a long time. Due to which, the families decided to proceed with the marriage talks, after Jui and Aalap confessed their love for one another. Recently, as Aalap’s family visited Jui’s house, everyone was teasing Aalap with Jui. They were discussing how easily Jui’s presence was affecting Aalap and how he couldn’t stop staring at her. As everyone was smiling at the young couple, Malti didn’t seem too pleased with this. We think she doesn’t like the feeling of losing her son to Jui who has known Aalap for just a few years now. Meanwhile, Aalap, who is sandwiched between the two ladies, doesn’t seem affected by his mother’s thoughts about Jui.

We hope Malti’s behaviour doesn’t worsen after Jui becomes a part of her family. More importantly, it is always nice to see two ladies of the house empowering each other rather than tearing each other down. We would love to hear your thoughts on this matter. Let us know in the comments below.

If You Have Enjoyed Watching Kahaani, Then, Check Out Its Sequel On ZEE5!