Jui opened herself up and told her expectations after Aalap went down on one knee. These words from Jui will definitely make you emotional! 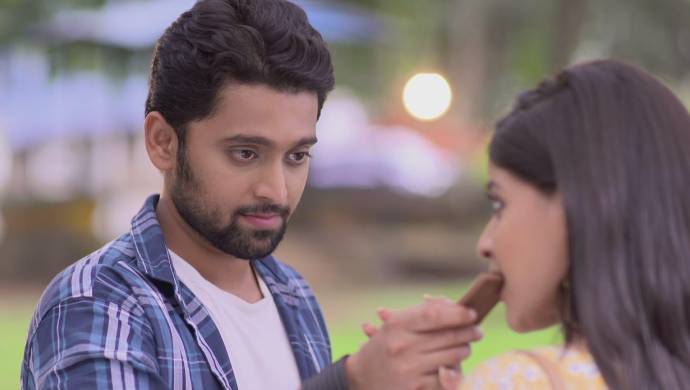 Before we knew it, we had long fallen in love with Jui and Aalap’s chemistry in Prem Poison Panga. The pair, who has been friends for a couple of years, decided to take their friendship to the next level after realizing their feelings for each other. However, there was a major hurdle standing in the way after Jui discovered that she is an ‘ichadhari nagin’ on her 21st birthday. The good news is that they have resolved the differences and patched up. Their union is basically what our dreams are made of. Have a look!

There is nothing like a good show that keeps you entertained in your different moods. In case you are looking for one such show, then, Prem Poison Panga is exactly that and more. We found Aalap and Jui’s pairing super relatable. Just as we began rooting for the pair, Jui broke up with Aalap and they both distanced themselves from each other. However, these young lovers couldn’t stay away for too long and finally patched up. Jui, then, accepted Aalap’s proposal and they hugged each other. During this moment, she made it clear to Aalap her set of expectations. She told him that she wants him by her side through thick and thin. In situations where they both find themselves drifting away from each other, they will make a conscious effort to come closer. Aalap got emotional and had tears in his eyes after he heard Jui’s words. This only proved she loves him just as much he loves her.

We only needed this assurance to know that our favourite couple had sparks flying between them. Now that Jui and Aalap have reunited, we can be at peace that there is nothing coming in between them. We would love to know if you love watching Prem Poison Panga every night on Zee Yuva. Tell us your thoughts in the comments below.

How Should Meera Handle A Dominating Boss Like Aditya In Aamhi Doghi?

Almost Sufal Sampoorna Promo: Appa Is The True Villian In The Ketkar House!