In Prem Poison Panga, Jui transformed into a snake in front of Aalap's family. We wonder if they will come to know the truth. 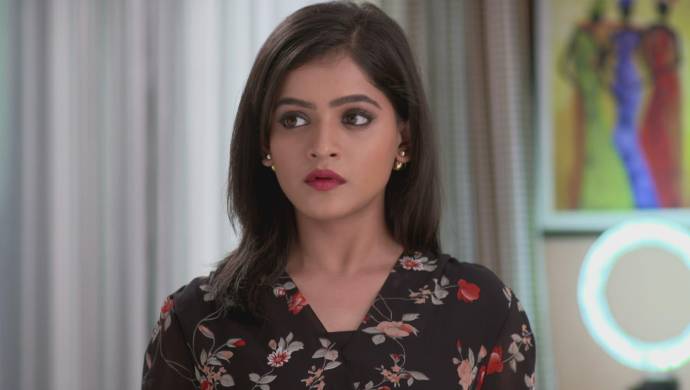 With every new episode of Prem Poison Panga, Jui and Aalap’s love story is becoming interesting and hilarious. Jui, who on her 21st birthday, became part snake has to hide her secret from Aalap. She fears he won’t be accepting of her new avatar as he hates reptilian creatures. Due to which, Jui has to control her reptilian instincts and try to distract Aalap when she transforms into a snake. However, sometimes even Jui can’t handle the situation and she has no option but to turn into a snake. What do you think happens in such times?

Jui and Aalap’s love story is complicated than anything you have ever seen. Recently, when Jui went to Aalap’s house, she couldn’t stop doing the snake dance when someone’s ringtone started playing. Luckily, though, as she was alone in the kitchen, no one caught her. But, Jui then transformed into a snake and escaped through the window. The second time around she wasn’t as lucky and Aalap’s family saw her slithering outside the window. To make matters worse, Aalap’s mother realised that Jui is missing when the snake appeared and revealed it to Aalap.

We wonder if Aalap will understand Jui’s secret and will still be accepting of her. If the whole of the Desai family starts questioning, Jui’s secret will be out in the open. To know what happens, don’t forget to watch the episodes of Prem Poison Panga at 8.30 pm from Monday to Saturday.