Prem Poison Panga Proves All The Mothers Are The Same!

Aalap's mother had a set of complaints about each family member. These complaints were similar to the ones that our mothers have. 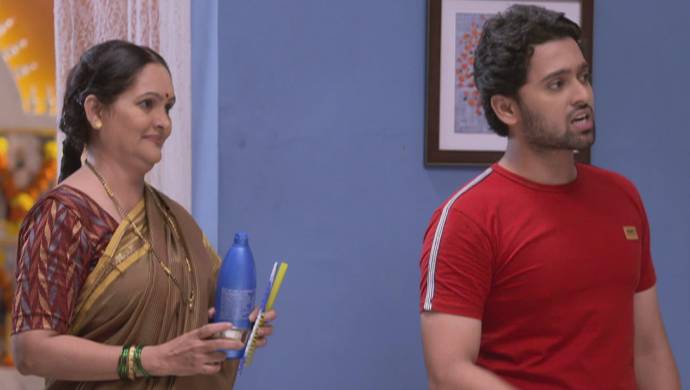 When Prem Poison Panga starts streaming on ZEE5, it promises to keep you entertained until the very end. In the last episode, we saw the situation take a hilarious turn after Aalap’s mother decided to do a ‘Maun Vrat‘ since she was disappointed in her family members. After hearing the causes of her disappointment, we realised how much she reminds us of our own mother.

Aalap got home late after he went to propose to Jui for marriage. At night, Aalap’s mother didn’t have a chance to reprimand him for breaking his curfew. However, the next day she made sure she expressed her disappointment in front of Aalap and the whole family. She did a Maun Vrat and gave a letter in which she had written how she feels about the family. She complained about Aalap staying out late, Gandhar ordering food from outside and Prajakta making overuse of the AC. After witnessing this, we were struck by how all the mothers are the same in every house. They don’t want their kids eating from outside nor do they like the kids coming home late. When it comes to turning off the fans and lights, the mothers tend to become obsessive to save electricity.

Also like a typical mother-in-law, Aalap’s mother told Prajakta to improve her cooking and add enough salt to the food. Don’t all the mothers in joint and nuclear families want to maintain their sense of control? It is nice to see how relatable Aalap’s family is to ours. After reading this, we would love to know if you love Prem Poison Panga as much as us.

Meanwhile, continue watching the before TV clips of your favourite Marathi shows streaming free on ZEE5.