Prem Poison Panga: Was Malti Right In Explaining Prajakta Her Side Of The Story?

Malti decided to have an open conversation with Prajakta seems to have problems with Jui and Malti's relationship. 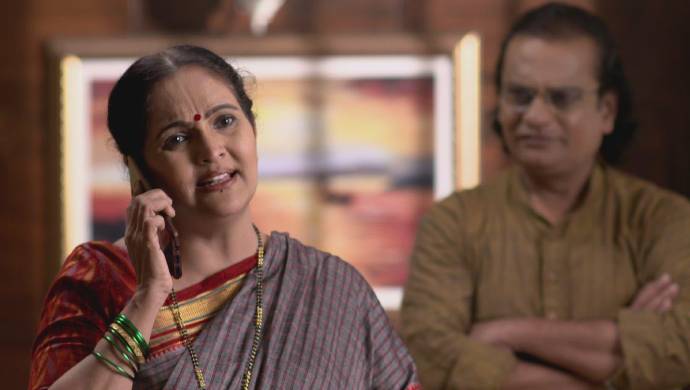 Prajakta’s jealousy towards Jui is very evident in Prem Poison Panga. She didn’t like when Aalap’s mother, Malti gifted a saree to Jui. Prajakta felt her position in the house was slowly stolen by Jui who hasn’t yet married Aalap. Malti realised her daughter-in-law‘s animosity against Jui and decided to clear things out between them. She approached Prajakta who was angry about the way Malti has been sidelining her. However, Malti remained calm through Prajakta’s angry tantrum. Do you think she was right to speak to Prajakta in the first place?

Prajakta complained to Malti that she has never got the importance which she deserves in the house. She felt that her opinions were always overlooked by her Aalap’s parents. However, Malti countered Prajakta’s grievances by explaining to her that she has never differentiated between her daughters-in-law. She has only strived to keep this family together since she got married to Aalap’s father. Malti also asked Prajakta to think twice before actually speaking out her opinion loudly. She said although she appreciates Prajakta’s outspokenness, the latter sometimes says things unintentionally which can hurt people. Gandhar and Aalap’s father agreed to this point.

We hope Malti’s words of wisdom helped Prajakta rethink her behaviour. After this candid conversation, we are keeping our fingers crossed and praying for an improved relationship between these two ladies. Until then, we would love to know your thoughts on Malti’s decision of standing up to Prajakta!