Prem Poison Panga: Whom Do You Support – Mr Bhole Or Mrs Bhole?

Jui's parents are having a difference of opinion about Jui and Aalap's relationship. In this difficult time, tell us your thoughts on the matter! 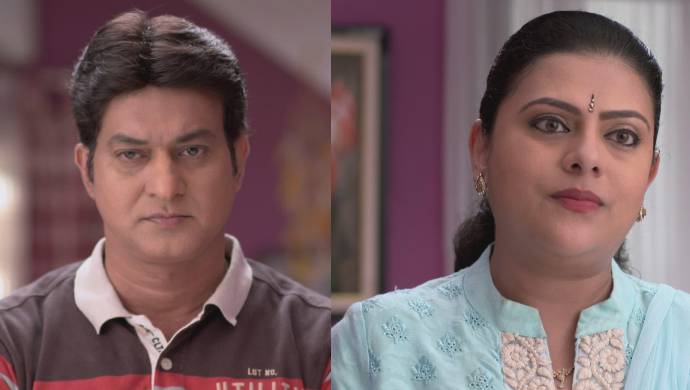 In Prem Poison Panga, there is quite a tussle that is going on between Jui’s parents who are on the opposite sides. In the recent episode, we saw Jui’s mother take her daughter’s avatar and go to Aalap’s house. She went with a motive of breaking Aalap and Jui apart. On the other hand, Jui’s father is trying his best to placate his wife and asks her to return home before she causes a permanent damage to Jui and Aalap’s relationship. Amidst this chaotic scenario, Jui is on her father’s side. We would love to know who are you supporting?

Jui’s mother has been against her daughter and Aalap’s relationship right since the very beginning. She thinks it is dangerous for Jui to be with Aalap, since Jui is an ‘ecchadhari nagin’. And, this is why Mrs Bhole takes the extreme step of going to Aalap’s house. However, unlike Mrs Bhole, Jui’s father is a lot more optimistic and he thinks that Jui and Aalap have a chance to spend their life together. Mr Bhole is trying to look for a magic spell that will help stop Jui from turning into a snake. This way Aalap will never know her dark secret and Jui can get married to him. Jui’s father has mentioned his idea of finding that spell to Jui.

Jui’s father is a hopeless romantic and wants to see his daughter happy with Aalap. While Jui’s mother is being realistic and doing all that she can to protect their family’s secret from the world, she believes that it won’t be safe for Jui since Aalap would never accept Jui’s secret. Now, since you know the drama that is unravelling in the Bhole family, tell us your thoughts on the subject in the comments below.