Jui's family couldn't meet Aalap and his family who were waiting for them in the market. We wonder if this will strain their relationship further. 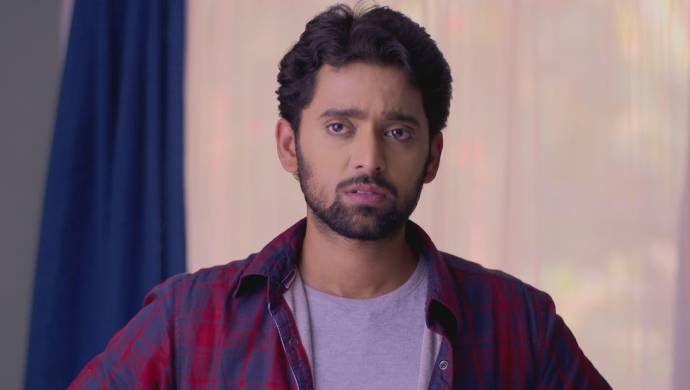 We saw Aalap and Jui’s marriage preparations fizzle out due to misunderstanding between both the families in Prem Poison Panga. However, Jui and Aalap continued to make efforts to bring their families closer once again. In once such effort, Aalap decided that Jui will meet his parents outside a temple where both the parties can resolve their grievances. On the day of the meeting, Aalap was waiting with his parents for Jui to come with her family. But, as the Bhole family reached the location they heard the sound of the flute which could transform them into snakes. This led to the Bhole family fleeing the location. Do you think Aalap will hate Jui for not coming to the location?

It took a lot of convincing to make Aalap’s mother, Malti to come to the temple. After reluctantly agreeing to give Jui and Aalap’s marriage a second chance, Malti was hurt that the Bhole family didn’t show up. On the other hand, as Jui and her family went close to the temple, they heard the sound of a flute. On hearing this sound, they slowly started changing their avatar and scales were visible on their skin. Jui’s parents realised that it wouldn’t be safe anymore for them to stay in public as their secret would be disclosed. Hence, the Bhole family went home without meeting Aalap and his parents. We hope Aalap doesn’t get angry on Jui before knowing her side of the story. We also wonder how Jui is going to justify herself to Aalap.

What do you think will happen in the upcoming episode? Will Aalap and Jui resolve their differences or break up with each other? Let us know your thoughts in the comments below.

Dilip Prabhavalkar’s Character From Zala Bobhata Will Remind You Of…

For more entertainment, watch the popular Marathi serials and the latest movies streaming on ZEE5.