Prem Poison Panga: Will Gandhar And Prajakta Get A Hint Of Jui’s Secret?

Gandhar and Prajakta saw Jui in her snake form at her house. We wonder if the couple will come to know Jui's family secret. 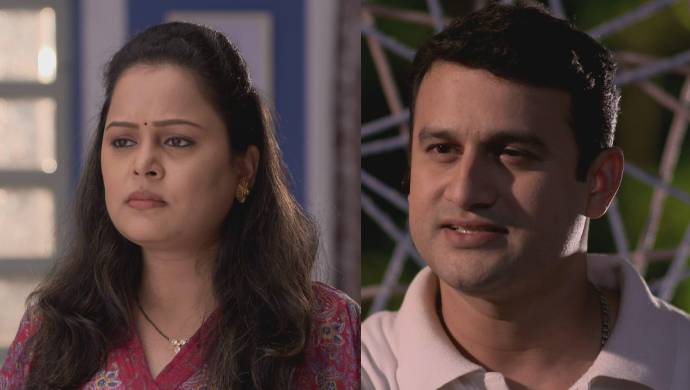 Jui and her family’s life has been a rollercoaster of emotional ups and downs in Prem Poison Panga. They can’t live peacefully since, with every happy moment, there is an unfortunate episode that follows. Like, recently Jui and Aalap’s family met each other to align the couple’s horoscopes. Just as we were celebrating this moment, Aalap’s mother realised that Mr Bhole has faked Jui’s horoscope. You don’t need to guess how the rest of the meeting went. However, Aalap’s mother decided to give Jui’s family another chance. She sent Gandhar and Prajakta to have a talk with the Bholes. However, Gandhar and Prajakta saw Jui in the snake form when they went to visit her house. Do you think Jui’s family secret will be out in the open?

Jui, who turned 21 years old recently, has to live with baggage of being a part reptile. She isn’t allowed to speak about her condition in front of anyone except her parents. To make the situation worse, Jui can’t control her transition to a snake. In the past, we saw Jui accidently become an ‘ecchadhari nagin’ in Aalap’s kitchen. Even though she wasn’t caught, she did raise suspicion. Following that, Jui yet again turned into a snake, this time in her own house. However, she was seen by Gandhar and Prajakta who came to visit her house. We wonder if the couple will get a hint about Jui’s secret since this would be the second time she revealed herself.

From what we have witnessed, Gandhar is of the understanding nature but the same cannot be applied to Prajakta. We are keeping our fingers crossed and hoping this incident become a setback in Jui and Aalap’s relationship.

Almost Sufal Sampoorna: Is Nachiket's Absence From The House Going To Help Appa?