Prem Poison Panga: Will Jui’s Mother Team Up With Prajakta?

Jui's mother understood that Prajakta is against Jui. She decided to use it to her benefit and influence Jui against Aalap's family. 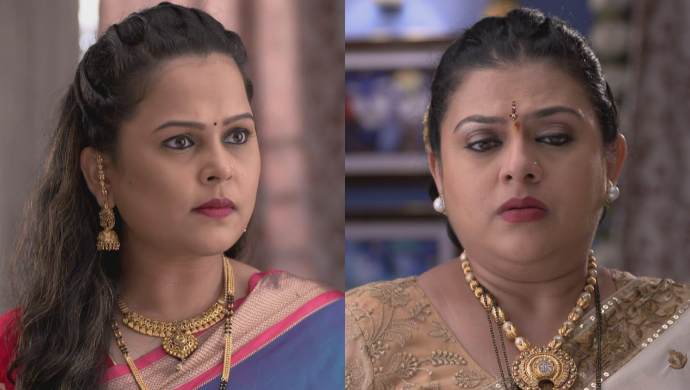 Mrs Bhole has staunchly protested Jui and Aalap’s union in Prem Poison Panga. She wanted her daughter to get married to someone who is a snake and not a human. Since their ancestors have followed this way, the same was expected out of Jui. However, Jui fell in love with Aalap who is a human. This disappointed Mrs Bhole as she became committed to breaking the couple apart. She found her ally in Prajakta who is jealous of Jui. Do you think Mrs Bhole will use Prajakta against Jui?

Prajakta, who is the elder daughter-in-law, felt her position in Aalap’s family was threatened after Jui started visiting their house. Even though Aalap’s mother Malti had a candid conversation with Prajakta to sought out the differences, it didn’t help. Instead, Prajakta became more inclined towards distancing Jui from Aalap’s family. Jui’s mother sensed Prajakta’s animosity towards her daughter and decided to use it in distancing Aalap and Jui from each other. Through Prajakta’s behaviour, Mrs Bhole can prove to Jui that Aalap’s family isn’t worth their time. However, we don’t how much of this plan will work since Jui has her father’s support. The father-daughter duo has been trying to lift the curse which Mrs Bhole thinks is impossible.

After rooting for Aalap and Jui since the beginning of the serial, we don’t want them to fall apart because of trivial reasons. They truly love each other and being through hurdles together. We hope Mrs Bhole realises this before she teams up with Prajakta, don’t you think? Let us know your thoughts in the comments below.

Makar Sankrant 2020: 5 Outifts That Will Make You Slay This Festive Season

Almost Sufal Sampoorna: Do You Like Sai Standing Up To Appa? Vote!