Prajakta overhears Aalap and Gandhar's conversation about Jui's patrika being fake. We wonder what she’ll do with this information. 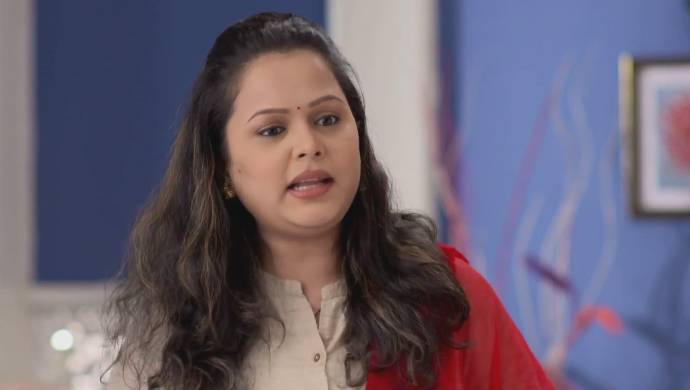 In the last episode of Prem Poison Panga, we saw Jui’s father hustling to get her false patrika made in time, so that he can show it to Aalap’s family. While trying to align Jui’s patrika with Aalap’s, he doesn’t notice Aalap’s brother Gandhar, spotting him. The latter secretly reveals the truth to Aalap and they decide to never discuss it in front of anyone. However, their conversation is overheard by Gandhar’s wife, Prajakta. Do you think she will tell the truth about Jui’s father to Aalap’s parents?

Watch an episode of Prem Poison Panag below:

Jui’s father wants to see his daughter and Aalap together, as they both are truly in love. He’s ready to go to any extent, to make his dream come true. Recently we saw him lying to Aalap’s family, by making Jui’s false patrika. The latter, who were kept in the dark, were elated to see their son and Jui’s stars aligning. However, Gandhar tells Aalap the truth, and he decides to forgive Jui’s family. Then, the two decide to never reveal this truth to anyone in their family. But, their conversation is overheard by Prajakta, who can now easily stop Jui and Aalap’s union.

We wonder if Gandhar will be able to convince his wife, to keep this truth to herself. It would be hard for him to persuade Prajakta, since she’s known to always speak her mind. In the meantime, we would love to know your opinion about this complicated situation in Aalap’s life! Tell us your thoughts in the comments below.