Prem Poison Panga: Your Heart Will Melt Watching Swara’s Cuteness In This Video!

You will love watching the warm relationship between Aalap and Swara! Have a look. 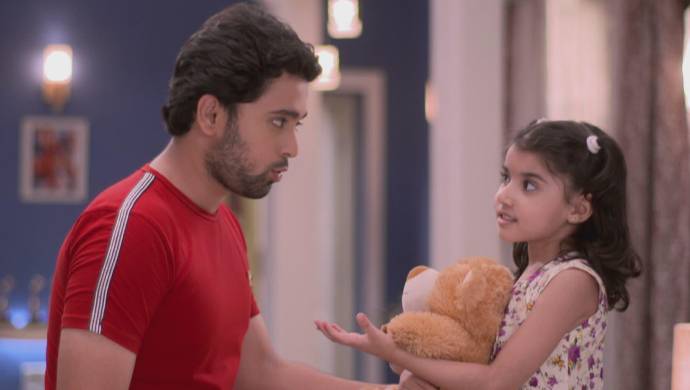 You might have mostly seen us discuss Aalap and Jui’s relationship, the highlight of Prem Poison Panga. This time, we are going to take a break from gushing about the lead couple and shine a light on Aalap and his niece’s relationship. In Swara’s eyes, Aalap is a cool uncle who always loves spending time with her. However, recently when Aalap got Swara her favourite box of chocolates, the latter instantly knew he wanted something from her. Can you guess what Aalap wants Swara to do?

As Swara was alone in her room, Aalap took an opportunity to talk to her. He first started flattering her with compliments and gave her the chocolates that he brought for her. Swara, even though young, instantly knew Aalap was up to something. After being caught by Swara, Aalap coyly admitted that he wanted her to call Jui on his behalf and convince her to meet him. Intuitively, Swara came to know that Aalap and Jui had a fight. As per Aalap’s plan, Swara calls Jui and admits that she and the entire family is missing her. Jui came to know that Swara is speaking the dialogues taught to her by Aalap. To know how Jui reacted to Aalap’s plan, check the video!

Aalap’s plan might have failed, but we can’t get enough of Swara’s cuteness. Even Jui, who is angry with Aalap, couldn’t resist Swara’s voice. Don’t you think she is too adorable for her age? We bet, just like us, her cuteness may have also made your heart melt. After reading this, we would love to know your thoughts on Aalap and Swara’s relationship!

Almost Sufal Sampoorna: The Women Of Ketkar Family Deserve A Round Of Applause