Saajana: 5 Reasons Why We Think Pratap And Rama’s Relationship Will Work

In our hearts, we believe that Rama and Pratap will find their way back to each other. Read inside what makes us feel this way! 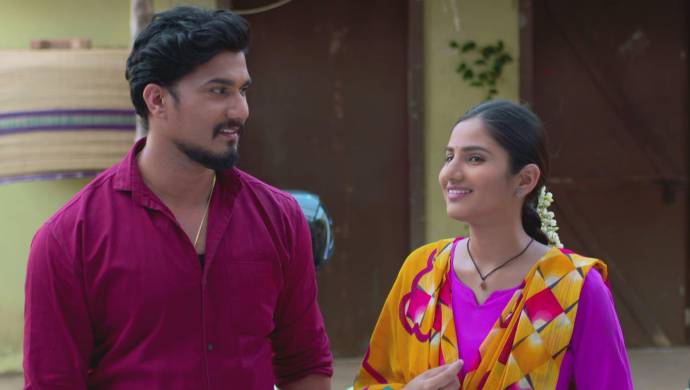 Saajana‘s power couple Rama and Pratap have broken up currently on the show. However, we believe the couple will reunite in the near future as the sparks between them haven’t died. Their breakup also happened under unlikely circumstances due to which neither of them has got a closure. It is clear that Rama is still invested in Pratap who is crazy about her. Although the ex-couple may not openly confess their feelings, we know that moment will soon arrive. So, we listed the reasons why Rama and Pratap are meant to be forever #RealtionshipGoals. Have a look!

1. They were honest with each other

We loved and appreciated Rama and Pratap’s honesty with each other. They never faltered to tell each other the truth no matter how hard the situation would get. This contributed to making their relationship a success.

2. They treated each other equally

Both of them were on the same page when it came to self-worth. Even though their families were worlds part financially but they treated each other with respect. Raosaheb made an issue out of Rama’s financially stability, but Pratap couldn’t care less as he loved Rama for the way she was inside out.

3. They were always present for each other

We have witnessed Rama and Pratap hit various highs and lows in life. But, the couple’s conviction in each other never wavered. They never had a moment’s thought of abandoning their partner during the stormy phase. Like, the time when Pratap making ends meet, it was Rama and her family who supported him tirelessly.

4. They were happy when together

Happiness is a key factor in every relationship whether it is romantic or platonic. Rama and Pratap’s thinking synced due to which they were happy together. During the darkest times, they found a silver lining and reasons to fulfil each other. For example, Rama used to make food for Pratap since he didn’t have enough money, they enjoyed this time spent together. They motivated each other and that is all that mattered.

Rama and Pratap have ceaselessly understood the situations because of which they made compromises for the other. There was always a healthy give and take from both sides. This helped their relationship work as they knew how to curb their demands when the time wasn’t right.