Sarla doesn't know Rama had to do odd jobs to collect money. 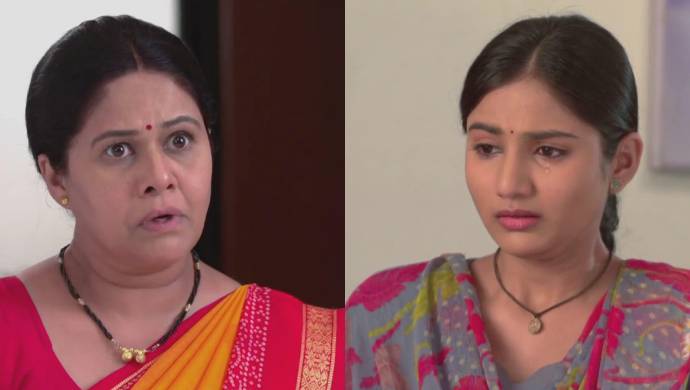 Rama and Pratap’s problems are worsening with each episode in Saajana. The couple, who began their relationship on an optimistic note, have to face opposition from Pratap’s side of the family. Pratap’s father is unwilling to accept that Pratap is dating their househelp. Due to this, Rama and Sarla lost their jobs in Pratap’s house after which he abandoned his family. Now, after Sarla fell sick, Rama didn’t have the money to pay off the medical bills. However, she still paid the amount. Will Sarla come to know how Rama collected the amount?

Rama and her family have to see bad days after losing their source of income in Raosaheb’s house. Since then, Rama has tried various odd jobs which haven’t paid well. When Sarla fell ill, Rama had no choice but take up another odd job just to pay the hospital bills. She started walking a long distance to fill water and, in return, she was paid 25 rupees for each visit. On her way, she met Pratap who was surprised to see her in this condition. In the next scene, we saw Sarla asking Rama how she collected the money. Rama hesitated to answer. This hesitation makes us wonder if Rama took the money from Pratap. If she did, Sarla wouldn’t approve of it given Rama and Pratap’s situation.

On the other hand, Pratap too is in a bad state financially. We are surprised he could help Rama. After reading this, we would love to know your thoughts on this situation in the comments below.

Prem Poison Panga: How Will Aalap's Mother Digest The News Of Aalap And Jui's Breakup?