As Raosaheb and Pratap are sparring with each other, Aaisaheb is sandwiched in between them. 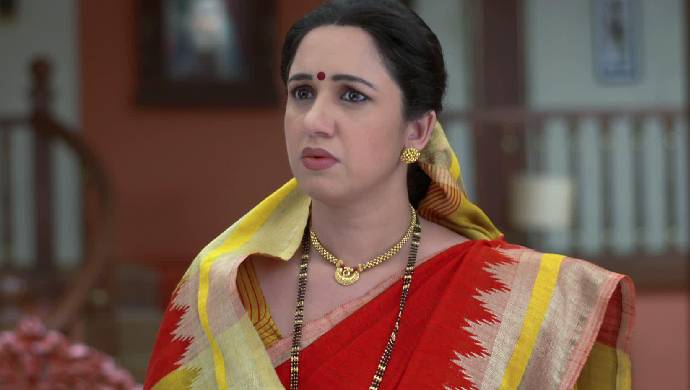 You can’t have missed the drama which is going in Saajana. There is ]a war brewing between Pratap and his father, Raosaheb as both the sides are not willing to budge. Pratap remains headstrong about his relationship with Rama while Raosaheb can go to any lengths to break them apart. As the situation is escalating with every episode, the one person we truly feel bad about is Aaisaheb who is suffering due to this clash of egos. Although she is staying with her husband, her heart bleeds for her son who has left home. Does Aaisaheb’s position concern you like us?

Aaisaheb has always been a strong and supportive mother for Pratap and Teju. While being strict, she gave her kids the motherly love and protected them from Raosaheb’s anger. When Aaisaheb came to know about Rama and Pratap’s relationship, she hid it from Raosaheb knowing the consequences. However, after the truth was out, Pratap left his house leaving a brokenhearted Aaisaheb in his wake. Aaisaheb, who has never stood up to her dominating husband, doesn’t know how to get her son back. Currently, Raosaheb doesn’t think about anything apart from stroking his own ego. If Aaisaheb defends Pratap, Raosaheb will make her regret it.

Seeing Aaisaheb in this difficult situation, we are helpless. Only a mother knows the awful pain of losing a child and Raosaheb’s ego is responsible for all this. We hope to see a day when Pratap and Rama reunite with Aaisaheb happily. Now, as the drama continues, do you think Raosaheb should keep aside his ego and prioritise his family’s well-being? Let us know your thoughts in the comments below.

Prem Poison Panga: Watch Aalap And His Father Have An Emotional Moment! Video Inside