Saajana: Do You Think Raosaheb Will Trouble Rama’s Family?

Raosaheb has gone into revenge mode just to get Pratap back. We wonder if he will hurt Rama and her family to fulfil his purpose. 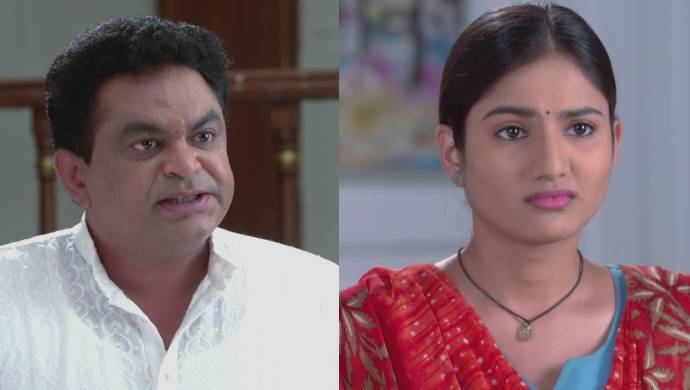 Previously, we have expressed our worry over Sarla’s illness. After losing her job at Raosaheb’s house, Sarla didn’t have enough money to pay for her hospital bills. Her niece, Rama had little to no savings to help Sarla out. However, the dark clouds have passed and the things finally are looking up for Rama’s family. A company, who was impressed by Rama’s work, has decided to sponsor Sarla’s medical bills. Just as we were breathing a sigh of relief, we came to know Raosaheb has taken it upon himself to take revenge on Rama’s family. We wonder what he will do.

In Saajana, we have gotten acquainted with Raosaheb’s principles. He wants things to be implemented his way. In case, if the situation doesn’t flow the way he wants, he can be very very angry. Recently, after Raosaheb’s son Pratap left the house and stood by Rama, Raosaheb took it upon himself to destroy Rama and Pratap’s union. Since he hasn’t been able to do it yet, he decided to go after Rama and her family. We think Raosaheb believes if he uses his connections to bring Rama down, Pratap will automatically distance from Rama. This way, he can get his son back and get him married to a girl of his choice.

We hope Rama knows what she is going up against while continuing her relationship with Pratap. Being a politician, Raosaheb has the ability to hurt anyone ruthlessly just for his own purpose. After reading this, do you think Raosaheb will ever cross Sarla and Rama?

Almost Sufal Sampoorna: Will Appa’s Fasting Work In His Favour?

Almost Sufal Sampoorna: The Cast That Parties Together, Stays Together!