Saajana: Does Ankush Get A Hint That Pratap Is In Love With Rama?

Pratap made his feelings for Rama evident in front of the village goon Ankush! 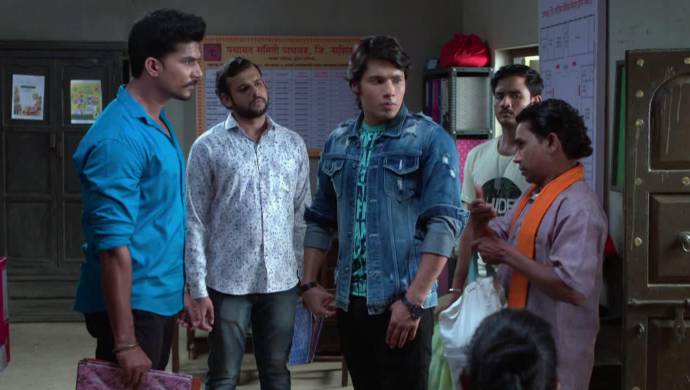 Is it okay to declare publicly that monsoons are the ultimate season of romance? The heavy rains are yet to touch our city, but the mild showers have definitely woken the romantic within us. All we want to do is sit in front of our TV/laptop screen with a brewing hot cup of cutting and tune into our favourite lovey-dovey show. The first Marathi serial that comes into our mind is Saajana which currently has our whole and sole (and soul’s) attention. Just right in time, after initially introductory phase, Rama and Pratap’s love story is slowly just beginning. However, if Bollywood taught you anything, the epic love stories aren’t finished without a villain in them. Saajana too has a badman, Ankush who might just prevent Rama and Pratap’s magnetic pull towards one another.

Before you proceed, watch Saajana below:

The actor Abhijeet Shwetchandra, who plays Pratap in Saajana, had warned us that there were going to be “twists and turns” in Rama and Pratap’s love story. Turns out, his warnings came to life in Ankush’s form who isn’t going to let the couple live in peace. Recently, we saw Ankush get a hint of Pratap’s feelings for Rama through Hari. Pratap’s irritation after seeing Hari bring him his lunch was evident. Ankush’s guess was spot on as he realised Pratap was expecting to see Rama who gets his tiffin every day. Ankush quickly took this opportunity to taunt Pratap about Rama. Seeing him exploit Pratap’s weakness, we wonder would Ankush stand against this budding relationship in the near future?

We are truly rooting for Rama and Pratap’s love story to work. Meanwhile, you could do your duty as an avid fan of the show, by sharing this story and giving a shoutout in the comments below.

You know the drill, keep showering us with all the love by binging on your favourite shows streaming free on ZEE5.

Find Out What Happens When A Woman Gets Married To An Obsessed Writer In The Lovely Mrs Mookherjee!

Happy Birthday Sai Tamhankar! 5 Best Films Of The Actress That You Can Watch On ZEE5

Vartul: Is Meenakshi Learning To Stand Up For Herself?