Saajana: Does Riya Have An Ulterior Motive To Enter Pratap’s Life?

We saw Riya get a sketchy phone call which made us believe she might have her purpose of entering Pratap's life. 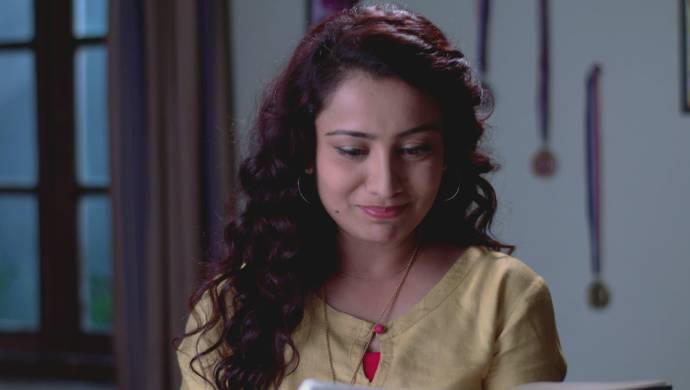 Life in Saajana without a pinch of drama can become boring. Due to which, there is always a plot twist that awaiting the viewers every two weeks. Recently, Pratap decided to move on with his life after Rama broke up with him. His family agreed to this decision and they started looking for a bride. Their search ended after they found Riya who got along well with Pratap and his family. Her open-minded nature and positive attitude won the viewers’ heart who almost started rooting for this couple. However, this good feeling about Riya has started vanishing after she made a sketchy phone call to someone. Do you think she has an ulterior motive?

Watch an episode Saajana below:

Raosaheb’s son, Pratap comes from a well-to-do and an affluent family. Since Raosaheb is a famous politician, everyone around also knows Pratap who is slowly making his way into politics. Due to his family background, Pratap has always had his guard up when he met new people. However, this changed when he came across Riya who seemed keen on getting to know him. We too loved her behaviour towards Pratap as he was letting go of Rama. Just as Riya was earning our trust, she got a phone call in which she told the person that she can’t talk when Pratap is around. There was an uncertainty present in her voice that made us doubt her intentions. We wonder if she is trying to hurt the Jadhav family.

In Raosaheb’s career, he has made a lot of enemies who don’t wish him well. We can’t help but think if Riya is one of them too. Until we get more clarity on Riya’s background, we would love to know your thoughts on this situation. Tell us in the comments below.

Almost Sufal Sampoorna: Do You Like Sai Standing Up To Appa? Vote!