Pratap thinks Rama has agreed to get married to someone of Sarla's choice. This led to an argument between both of them. 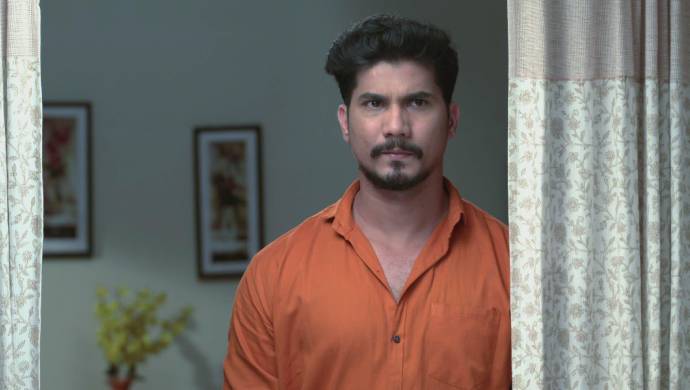 After Aaisaheb accepted her son’s relationship with Rama, the future together seemed to shine a little brighter for Rama and Pratap… or so we thought. Their happiness was short-lived after Sarla, unaware of her niece’s relationship, wanted to get Rama married to someone of her choice. In fact, she confessed her wish to Aaisaheb who immediately informed her son about Sarla’s move. Hearing this, Pratap assumed Rama is in on this deal and has accepted Sarla’s decision. We wonder if this is why Pratap behaved rudely with Rama during breakfast in the morning.

Watch an episode of Saajana:

We have been rooting for Rama and Pratap’s relationship to work ever since Saajana began. In this excitement, we almost blindsided the hurdles that were slowly approaching them. All this while, we thought Raosaheb would be the biggest hurdle but that isn’t the case; at least not in the current situation. It is Sarla’s misguided steps which scare us the most. She decided to get Rama married to someone without informing Rama herself. An innocent Rama, while speaking to Suman in the kitchen, said that she will never refuse any of Suman’s decisions since she knows it is meant for her good. Pratap overheard this statement and thought Rama is accepting a marriage proposal and deciding to end their relationship. This led him to throw tantrums at the breakfast table when Rama entered. Although we understand Pratap’s mindset, we thought Pratap would speak to Rama first before reacting impulsively.

Finally, Rama has no choice but to clean the mess left behind by Pratap. She can confront him and we hope he agrees to speak to her. This misunderstanding will only be resolved if an open conversation is initiated. As you now know the messy situation between Rama and Pratap, do you think they both will get off the shaky ground? Let us know your thoughts in the comments below.

Phulpakhru: Ashish Joshi Shows The Bond He Shares With The Crew On Sets!

Almost Sufal Sampoorna: How Nachiket Can Make A Good Impression In Front Of Sai's Family!

Tu Ashi Jawali Raha: Will Manva Be Able To Meet Her Parents Before Rajveer Stops Her?