Saajana: How Rama Can Stop Sarla From Getting Her Married To A Stranger!

Sarla is set to get Rama married to a nice guy. But, little does she know that Rama and Pratap are in love with each other. 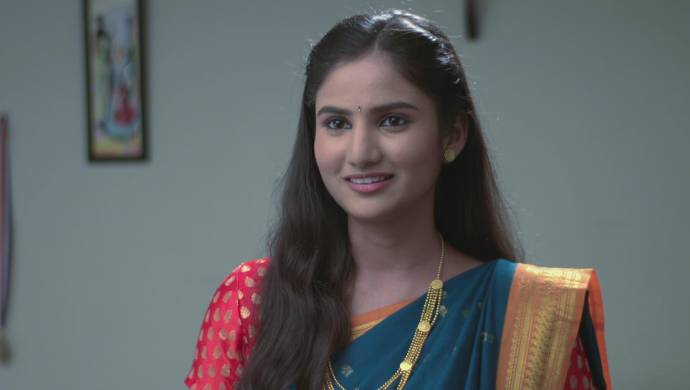 In the recent episode of Saajana, we saw Sarla wanting to see her niece, Rama, married to a nice man. She confessed this wish in front of Aaisaheb who is aware that Pratap and Rama are in love. Aaisaheb suggested Sarla take Rama’s suggestion before she started looking for proposals. However, Sarla is under the impression that a docile Rama wouldn’t say no to getting married to one of the proposals of her choice. Now, this puts Rama in a difficult situation as she has to either sacrifice her relationship with Pratap or turn down the proposals which Sarla gets. We think Rama will opt for the latter option. So, to help her get through this situation easily, here’s how Rama can turn down the proposals without hurting anyone’s feelings.

Rama and Pratap are so deeply in love that they would be ready to give their life for each other. They know that their love is meant to be. So, after getting this assurance, Rama should confide in Sarla about her feelings for Pratap. Before the things go out of hand and Sarla brings marriage proposals, Rama should have a candid conversation her aunt who has always been nice to her. The situation won’t be easy, but Rama can take Pratap’s help in this. If that’s not possible, Rama will have no choice left but to turn down the proposals as politely as she can. This will also bring embarrassment to her family who has first initiated a conversation with another family.

We hope Rama doesn’t let the situation escalate out of hand as it won’t bring happiness to anyone. Rama’s Mama and Mami have always been understanding towards her, so they will know from where their niece asking for their help. What do you think about the suggestions? Let us know in the comments if you want to add anything more to the ones above.

90s Kids Like Shivani Rangole Will Relate To These Things