Saajana: Is It Wise For Baisaheb To Give A Job To Suman?

In Saajana, Suman could brew trouble for Pratap and Rama after stepping in his house. We would love your thoughts on this matter. 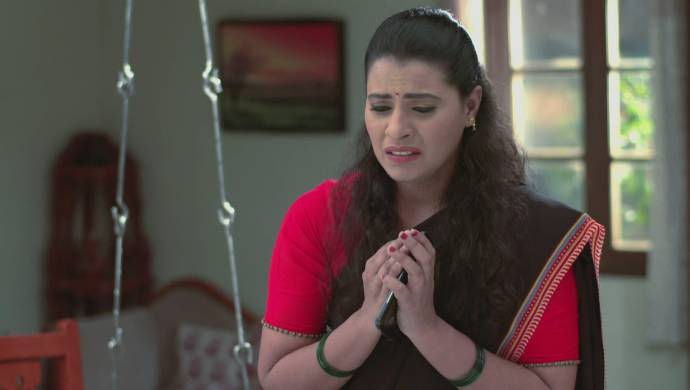 Since Rama started dating Pratap in Saajana, her life has been eventful, to say the least. Nothing has remained the same as Rama and Pratap try to hide their relationship from the world. Amidst this, there are people like Hari and Suman who have continually tried to stand in Rama’s way and plan against her. Now, to top it off, Suman, who has returned home for her pregnancy, is making Rama’s life difficult. In the last episode, we saw Suman plead to Aaisaheb plead to give her a job. Do you think, in this situation, Aaisaheb should tend to Suman’s request?

Watch an episode of Saajana:

As Rama and Pratap try hard to make their relationship work, the destiny seems to be testing them by putting hurdles in their way. Recently, Pratap’s father, Raosaheb, made Hari the head caretaker of the house. He and Aaisaheb don’t realise how evil Hari can be.  This only strained Rama and Pratap’s relationship further, because Hari can reveal their secret to Raosaheb. To make matters worse, Suman now wants a job at Pratap’s house. Hari was happy seeing Suman as both of them can break Rama and Pratap’s apart. If an innocent Aaisaheb gave a job to Suman at their house, she would be making a huge mistake. In Hari’s company, even a jealous Suman won’t think twice before ruining Rama.

Suman begging for a job to Aaisaheb came as a surprising move because, we have all seen how much she hates Aaisaheb’s son, Pratap. We feel Suman working in Pratap’s house won’t do good to anyone. After reading this, what do you think? We would love to know your thoughts in the comments below.

Inspired By Nachiket's Personality, Here're 5 Ways To Impress Your Crush On First Date!

Yuva Singer Ek Number: Animesh Thakur Will Make You Fall In Love With His Voice