In Saajana, Pratap cheers Rama up who is upset about sad phase the couple is going through. 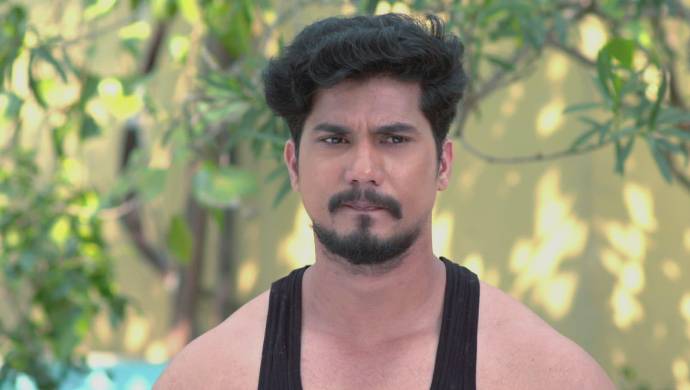 Seeing Pratap’s situation Saajana makes us pity him. It must be extremely hard for him to adjust to the new surrounding since he has grown up in the life of privilege. He was always given what he wanted and never needed to ask for anything. However, now he has live each day on the wages which he earns. Even still, he isn’t cribbing and looking at life with positive eyes. It is inspiring to see Pratap smiling during his harsh circumstances. Like us, even you will be in awe of him after seeing this video!

Before you proceed, watch an episode of Saajana below:

When Pratap was living with his family, he was always actively involved in social work. He didn’t do it boost his political status, but because he genuinely empathised with the needs of the farmers. Due to his extensive work alongside the farmers and labourers, Pratap isn’t feeling bad to work with these people again just under different circumstances. He is no longer funded by his father and has to live on a meagre salary. Rama felt guilty for Pratap’s situation and partly blamed herself. But, Pratap stopped her and told her that there is always something that we wish we could have. Instead of that making us feel bad, we need to thank the good things which we have in life. Hearing Pratap’s words obviously cheered Rama up.

We love how Rama and Pratap aren’t leaving each others’ side even while going through this terrible phase. Raosaheb, unknowingly, has driven them closer than they were ever before. We hope to see them always happy and smiling. We would love to know if you warmed up after seeing the video? Tell us your thoughts in the comments below.

Devashappath’s Goddess Proves She Is Just Like Any Of Us!

Saajana: Will Pratap Come To Know Hari Is Ankush’s Spy?

Pics Which Prove That Looose Control's Amol, Pinak And Jaggu Are Close In Real Life Too