Saajana Promo: Watch How Pratap Became A Superhero In Rama’s Eyes, Video Inside!

Pratap protected Rama and beat up the goons who were trying to harass her. Details inside! 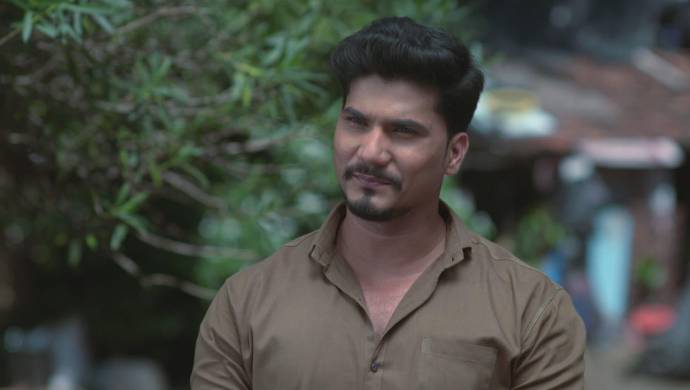 Recently, we read saying which went something like, before you choose a partner, you have to see them at their worse. This hit home as everyone is on their behaviour during the hunky-dory times, only the dark phase makes you understand the true nature of people. Good for us, since this phrase proves that Rama and Pratap from Saajana are truly in love with each other. While the couple had their share of good times, now as the dark clouds are looming overhead, they have stuck together. Here’s a good example of how Pratap protected Rama from the goons!

Rama and Pratap have been giving us #CoupleGoals from the very beginning of Saajana. Even though they started off on a nice note, their happiness was short-lived as both their families opposed this union. Now as their downward spiral has started, the love for each other remains the same. Recently, as Rama was selling vegetables, there were goons who tried to harass her. Since a poor Rama didn’t know the nitty-gritty of the business, she was getting bullied by them. These men tried to vandalise her small setup. However, before they could do any more destruction, Pratap came to Rama’s rescue and he beat up the goons. We love the melodramatic twist this story suddenly takes.

It goes without saying, Pratap was Rama’s very own superman who saved her day. We wish if only Raosaheb could see this affection between his son and Rama, the situation wouldn’t have spiralled so badly. Until that happens, we would love to know your thoughts on Rama and Pratap’s relationship?

Inspired By Titeeksha Tawde, 5 Sarees You Can Wear If You Want To Stand Out In The Crowd!