Saajana: Rama And Pratap Come Close To Each Other Slowly? Watch Video

In the upcoming episode of Saajana, Rama and Pratap's fondness towards each other keeps growing! 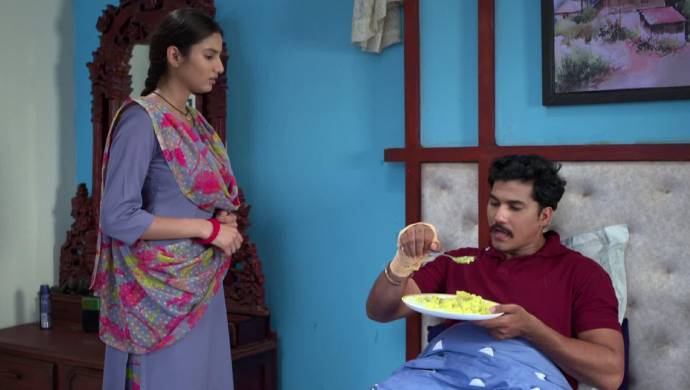 Our Monday blues have vanished as our enthusiasm for seeing the next episode of Saajana is peaking by the hour. Last week in the Marathi TV serial, we saw Suman create fights in the house as her parents and brother try to discipline her. Rama had to handle her and Pratap who had a sprained hand and was completely bedridden. But, the silver lining out of this difficult situation was Pratap and Rama came little close to each other. If you are excited after learning this, then, the fans of Rama and Pratap have another surprise waiting for them in tonight’s episode!

Watch the latest episode of Saajana below:

The Saturday’s episode of Saajana was nothing short of dramatic. There were no marriage proposals for Suman while Rama got an opportunity to tend to Pratap. Just to look after him, she skipped her meal and fed him hot food. After Pratap discovered this, he was obviously very impressed with Rama. This act of kindness forged a tender bond between both of them. As we were curious to know, if their friendship develops into a relationship,  Zee Yuva gave a sneak peek on social media. Check out the video below!

In the video, we see Rama and Pratap picking raw mangoes together as they accidentally hold hands and bang each other’s heads. Agreeing to the lines said in the video, some special relations like a raw mango pickle, they have an equal amount of spice and sweetness to it!

What do you think about this clip? Looks like both of them are growing their fondness towards one another. If you feel the same, then let us know your thoughts in the comments below.