Saajana: Was Pratap Right In Taking His Fiance To Rama’s Workplace?

Pratap decided to take Riya to the Rojgar Kendra where Rama works. After seeing Riya and Pratap together, Rama was deeply hurt. 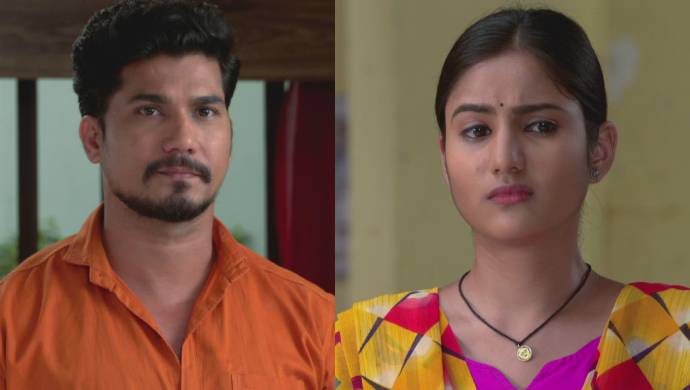 We have extensively spoken about Rama and Pratap’s breakup which happened unexpectedly in Saajana. Rama initiated the breakup as Pratap tried to stop her from taking this step. However, his efforts didn’t quite work. Since the couple weren’t on the same page, their relationship post-separation has gone cold. Pratap, who is still in love with Rama, decided to move on and get married to Riya. Recently, as she had come to visit Pratap in the village, he took her to Rojgar Kendra where Rama works. After seeing Riya, Rama was terribly hurt. Do you think it was right on Pratap’s part to become this insensitive?

Riya loved Pratap’s personality and the village in which he resides. She gelled well with his family and stayed with them. Following this, Pratap decided to show her the village on his bike. During their visit, the couple went to Rama’s workplace and Riya inquisitively asked her about her job. Rama, who was in tears, couldn’t face Riya or Pratap after seeing the love of her life move on. In Rama’s defence, even though Pratap had told her that he is getting married, she was emotionally unprepared to see him happy with someone else. We think Pratap should have skipped going to Rojgar Kendra. Also, we think he should come clean about his past in front of Riya since Rama was, once upon a time, an integral part of his life.

On the other hand, little does Rama know that Pratap isn’t happy with Riya. His feelings are reflecting on his face as he is missing Rama’s presence in his life. We are praying that Rama and Pratap sort out their differences at the earliest. What do you think? Let us know your thoughts in the comments below.

Prem Poison Panga: Have Jui And Mr Bhole Found A Solution To Their Problem?

Almost Sufal Sampoorna: 5 Things You Need To Do Before You Turn 25!