In Saajana, Ankush doesn't like that Rajkumar's family works at Pratap's house as they both are enemies. 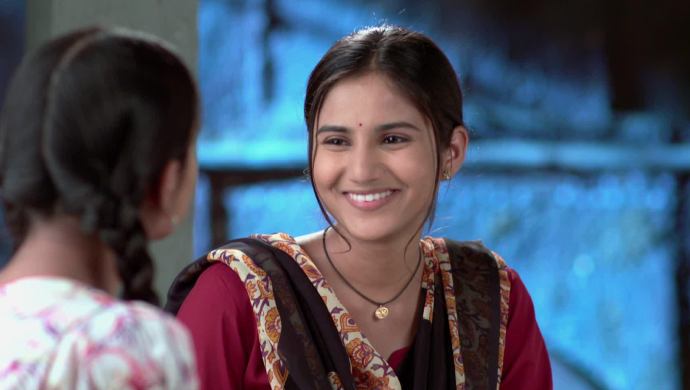 In Saajana, Mama’s son Rajkumar is disappointed that Mama and Mami sent Rama to work in Pratap’s place. Meanwhile, Ankush is happy that Rama has gone there as he will get news about his enemy Pratap through Rajkumar. Pratap’s sister shows the picture of Rama’s rangoli, he is impressed by her art. During this, Rama bids goodbye to them after finishing her work. After reaching home, she and Chingi discuss the events of their day.

In the morning, Raosaheb’s followers are talking in office. During this meeting, Pratap enters as they inquire about his entry into politics. Hearing this, Raosaheb smiles. In the kitchen, Rama gets to know the reason behind Ankush and Pratap’s rivalry. They are at loggerheads because Pratap’s father won in the election against Ankush’s father this created animosity between both the families.

Ankush takes his frustration out on Rajkumar as he believes Rama humiliated Ankush in front of everyone. At Pratap’s house, Teju’s parents are looking at proposals for her marriage. As Raosaheb tries to dominate over everyone, Teju says she wants to not get married for at least a year. She wants to enjoy her life and travel before getting hitched. Meanwhile, Rajkumar comes home looking for Rama. But, she isn’t there.

Chingi asks Rama if she is missing her parents who she thinks are staying in the village. Chingi doesn’t know her parents are dead. She asks Rama if they can write a letter to their parents if not go and see them in the village. Due to this, Rama has to lie to her. Baisaheb wants Raosaheb to wait and not go for the tour. He asks her to be his eyes and ears while he is on tour. On the other hand, Rajkumar is again taunted by Ankush and gang because his family is working at Pratap’s place.

Who Was Tukaram? Learn All About The Man That Tatya Worshipped In Pushpak Vimaan