Saajana Weekly Update: Ankush Has An Evil Plan Against Rama

In Saajana, Ankush finds an opportunity to take revenge on Rama. 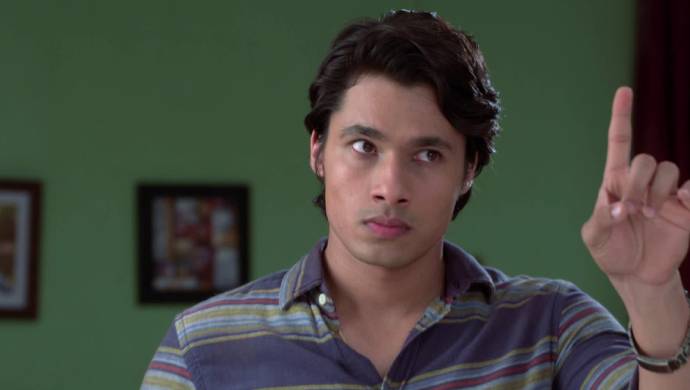 This week on Saajana, Pratap is dropping Manva home as it starts raining. They stop at the side as Rama enthusiastically goes to get drenched in the rains. Pratap starts staring at her excitement and joins her in it. Rama begins talking to rains as Pratap gets amused looking at her. Meanwhile, Baisaheb is pestering Teju to get married to Summer who is Raosaheb’s friend’s son. Teju gets upset as she doesn’t know Summer that well and thinks it’s too soon.

Rama comes to work with a cold which even Pratap has caught. Baisaheb, who doesn’t know that they both were together, notices this and asks Rama to make medicine for Pratap. Meanwhile, at home, Mama and Mami are planning to get Rama married at the earliest. But, they aren’t financially stable enough to get her married.

Teju secretly goes to meet Summer as she reveals this to Rama. Meanwhile, Mami and Suman are talking as the latter speaks ill about Rama. Mami asks Suman to stop talking such mean things or else she won’t be allowed in the house ever again. At Pratap’s office, he fires his employee for sending the seeds and the compost late to the farmers. After that issue is solved, he can’t stop thinking about Rama.

Ankush bumps into Summer who has come to meet Teju. Summer tells Ankush that he soon is going to get married to Raosaheb’s daughter Teju. After their conversation, Ankush asks Summer to not tell anyone that they know each other. Meanwhile, Ankush gifts Rajkumar a phone and asks him to aid every farmer who comes seeking help. At night, a man comes to Rajkumar, looking for two girls whose father had taken a loan from him. Turns out, these girls are Rama and Chingi, Rajkumar’s cousins.

Ankush has decided to make an outside gym in the village. The man, who met Rajkumar, has come to meet Ankush for help. Ankush decides to take this opportunity to take revenge on Rama.