Last week on Saajana, no one is ready to get married to Suman as she runs away again. 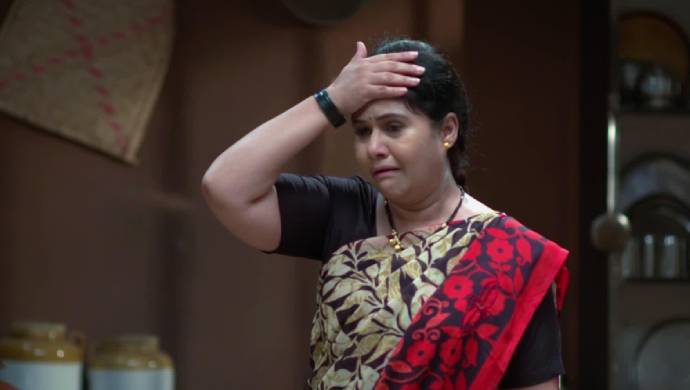 In Saajana, Suman and Rajkumar are fighting after Pratap got her back from running away. She is angry that she couldn’t go to Mumbai and act in the films. Rajkumar tells her if she wants to stay in the house, she has to maintain discipline. Suman refuses to work at home as Mami and Rama have gone to work. Meanwhile, Rajkumar decides to beat Sandy up for luring Suman to run away. The siblings again start fighting. At Rama’s workplace, she is teaching Teju to make pineapple sheera.

Rama makes kheer as everyone is impressed with the dish. While she is giving them kheer, Mami collapses in the kitchen. Everyone is worried about it. After coming home, Mami has a fight with Suman who unwilling to cooperate. As they both are fighting, Rama intervenes for the first time. She asks Suman to not back answer Mami and Mama as she is lucky to have them. Rama orders her to behave well in the house and be thankful for her parents. Suman gets irritated and throws the jewellery box.

At Pratap’s house, he is unwell due to a sprain in his hand. Rama feeds him the food she has cooked. Mama and Mami decide to get her married as they feel this will help them solve their issue. Pratap is told by Manju that Rama hasn’t had her food as she was busy serving him. Pratap, then, forces her to eat something. Meanwhile, at home, Rama’s family is having a financial crisis. They do not have enough money for Suman’s marriage. Taking advantage of this scenario, Suman tells them if they do not have the financial backing, they shouldn’t be getting her married, as she wants to tie a knot in a regal way.

At work, Pratap thanks Rama for taking care of him. Meanwhile, Mama informs that no boy is ready to get married to Suman after she has tried to run away. After hearing this, Suman runs away and Mami collapses.