In Saajana, Raosaheb takes an initiative to build a bridge in the village. As Ankush tries to stop it, Pratap shuns his attempts. 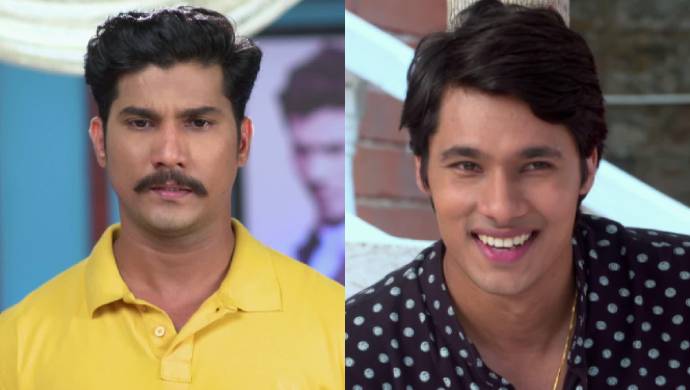 In Saajana’s recent week, Pratap tells his younger sister, Teju, the importance of being able to cook. They appreciate Rama’s culinary skills and are impressed by the dishes that she has made. Rama’s sister Chingi wants to send a letter to her parents as she doesn’t know that they are already dead. As Simran is about to tell her, Rama quickly changes the topic. The following day, Rama prays to God so Rajkumar’s friends do not bully him. While on her way to work, Rama collides with Pratap and all important papers fall from his hands.

Pratap is proud of his father for the work he is doing. He motivates his friends to help people of the village for the betterment. On the other hand, Ankush wants to stop Raosaheb’s work from happening. He wants to persuade the villagers that Raosaheb’s initiative for building a bridge is not in their benefit. Meanwhile, Pratap is worried that he shouted too much at Rama for keeping his things safely.

On her way back home, Rama is stopped by Ankush who tries to talk to her. He requests her to not misunderstand him. He pesters her to come with him in his car because he wants to drop her. The following day, Ankush’s men try to make people sign the paper which stands against building the bridge. Pratap tells his supporters that people have a place to put forward their views and Ankush’s men shouldn’t force them to sign the papers. After hearing this, the villagers are reluctant to support Ankush’s evil agenda. Meanwhile, Simran meets Sandy who wants to help her be cast in the movies. He asks her for money and to keep this a secret from her family.

Which Famous Character Does Zala Bobhata’s Appa Remind You Of?