In Saajana, Rama wants to impress Baaisaheb who is cleaning the house for Raosaheb's entry. 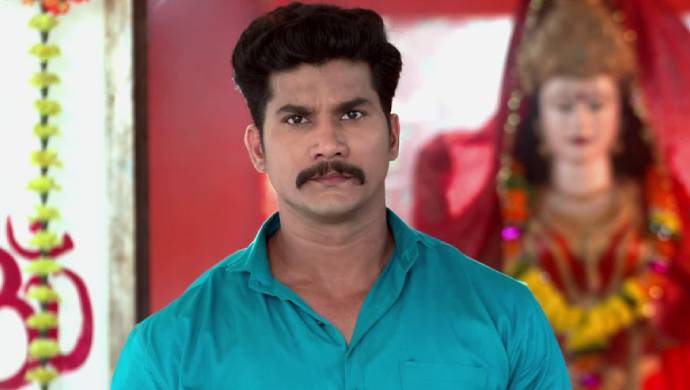 This week on Saajana, Rama is praying to God for her parents. During this, she finds the fallen challa of Baisaheb. She returns it back to Baisaheb who is pleased with Rama. Even Pratap is present during this exchange, he also thanks Rama for her honesty. After reaching home, that night, Rama is sleepless because of her parents’ absence. As she inquires from her Mama about her parents, he gives a vague answer. Finally, Mami shows the suicide letter Rama’s mother sent to Mama. After reading this Rama is devastated.

Watch the weekly highlight below:

The following day, Mami and Mama are trying to console Chingi who is crying for Rama. Meanwhile, Baisaheb is elated to announce that Raosaheb is returning home. She orders everyone to clean their house and garden as he is returning. Everyone is happy to see her this excited. In the village, Ankush is eve teasing the girls of the area. He makes them uncomfortable by forcefully clicking pictures with them and by touching them.

At Pratap’s house, he spots Rama in their house library. She is holding a book about ‘Aai-Baba’ as he asks if she is okay. Meanwhile, the girls, who were eve teased earlier, come to Pratap to bring Ankush’s antics to his notice. One of the girls from the two is new in their village as she gets traumatised by the experience. The girls are too sacred and Pratap promises that this incident won’t be repeated.

Mama’s son is talking rudely to Mama. Rama, on the other hand, is instructing Chingi about behaving well at school. At Pratap’s house, Rama is nervous about her day at work. She helps Teju to make a rangoli while Baisaheb is checking on everyone if their work is rightly done. On the other hand, Ankush, along with Rama’s cousin, has an evil plan to make Raosaheb’s visit memorable to him.

What do you think will happen in the next? Let us know your thoughts in the comments below.

You Will Laugh Till Your Stomach Hurts While Watching Jashn-e-Zindagi, A Story About Youngsters