Pratap, who realised his love for Rama, doesn't want her to go. We wonder if Rama will have a change of heart. 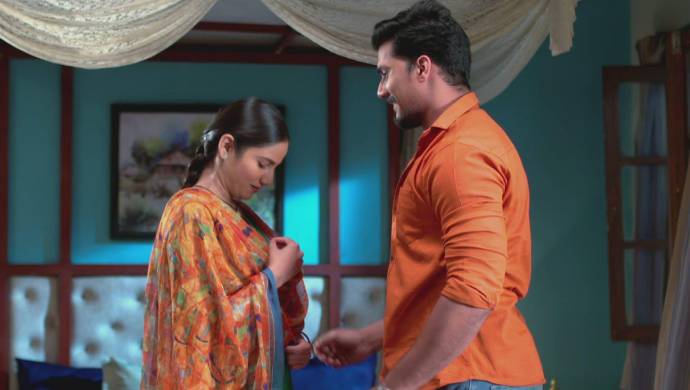 We always knew Pratap and Rama cannot stay away from each other in Saajana. After they separated for a brief period, the couple realised each other’s worth and reconciled. During their period of separation, a lot went down in Pratap’s life after Riya entered. She came with the agenda of destroying Pratap’s life and taking revenge for the way he treated Samar. However, Pratap and his family realised the trouble Riya was and reprimanded her in time. On the other hand, Rama, along with her family, decided to leave the village and shift out of there. As she has taken this step, do you think Pratap will be able to stop her?

After Rama broke up with Pratap, she suffered through a lot. Not only did she and Mami lose their source of income, but they also face the humiliation at the hands of Raosaheb. At the same time, Rama had to watch Pratap move on with Riya. These events took a toll on Rama’s mental health and she decided to distance herself from the Jadhav family. Then, as Rama, along with Mama and Mami, were moving out of the village, Pratap stopped her. He held Rama’s hand and took her to the temple to take the goddess’ blessings. We wonder if this is going to convince Rama to give her relationship with Pratap a second chance. Although Pratap has already asked for forgiveness from Rama and her family, has she truly forgiven him?

We are truly rooting for Rama and Pratap’s love story. The couple deserves to be with each other through the thick and thin. Do you feel just as strongly about them like us? Let us know your thoughts in the comments below.

Yuva Dancing Queen: Ganga Opens Up About How The Show Changed Her Life

Prem Poison Panga: Who Do You think Is More Suitable For Aalap - Jui Or Komal?