Saajana: Will Pratap Come To Know About Riya’s Connection To Samar?

Riya and Samar have been secretly plotting against the Jadhav family. We hope Pratap comes to know about this in time. 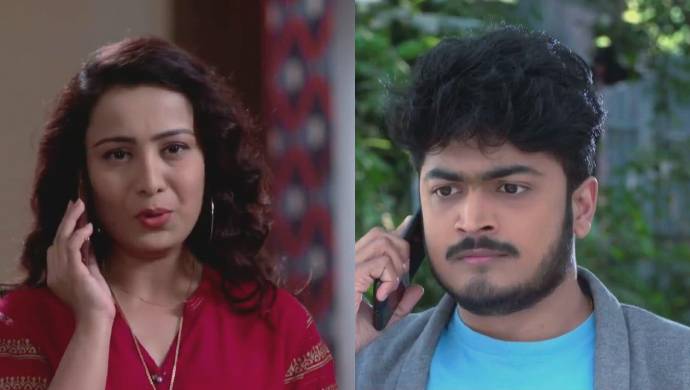 Amidst the storm which disrupted Pratap’s life in Saajana, we thought that making a new start with Riya would do him some good. After she came to Pratap’s village, every one from his family immediately took a liking to her on witnessing her pleasant nature. Even Pratap’s father, Raosaheb, who is usually a reserved person, admired her interest in his son’s life. As all was going well between Pratap and Riya, we suddenly came to know that she has a motive behind being nice to him. Then, we found out Riya is linked to Samar, who is Teju’s ex-partner. Do you think Pratap will realise Riya and Pratap’s connection before it is too late?

Initially, Riya seemed to be keen on knowing about Pratap’s life. The latter, who was reserved for the first couple of days, opened up about his past in front of Riya. He told her about his relationship with Rama which was broken after Suman died in a freak accident. As Pratap had started trusting Riya, she showed her true colours when Samar called her. They both seem to have a plan against the Jadhav family. In the past, Samar was supposed to get married to Teju. However, their relationship didn’t work when Pratap caught him cheating on Teju. Samar was badly humiliated and thrown out of the Jadhav house. Presently, we think he wants to take revenge on Pratap, and Riya is helping him in this mission. Recently, Roasaheb’s man spotted Samar and Riya talking to each other. We hope Raosaheb gets a hint and realises that Riya is bad news for their family.

We also hope that Raosaheb warns Pratap about Riya’s intentions. Although he doesn’t have a solid proof linking her to Samar, Pratap can at least start doing a background check on Riya before getting involved further, don’t you think? Let us know your thoughts in the comments below.

Mehil: Watch Adarsh Shinde Get Up Close And Personal On The Show, Video Inside!