Saajana: Will Rama and Pratap’s Families Accept Their Decision To Separate?

We are hoping that Rama and Pratap's relationship is saved by their families. 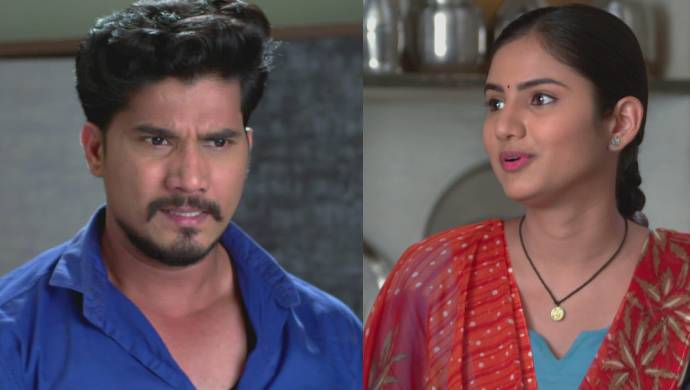 Rama and Pratap fought tooth and nail in Saajana just to help their relationship survive amidst the hurdles which kept coming their way. They faced opposition from Raosaheb, Abbasaheb and Hari who were ruthlessly after breaking them apart. However, Rama and Pratap’s belief in each other never wavered. Just as we were hoping for them to be alongside each other life long, Rama called it quits with Pratap. They informed their families about the decision. Do you think their families will help them realise their love for one another?

After getting approval from Raosaheb, Rama and Pratap decided to get engaged. However, their happiness was short-lived after Suman died on the day of engagement. Rama took this as an ill omen and decided to call off the engagement. Even though Pratap tried to convince her to reconsider the decision, she wasn’t ready. Finally, they both announced their separation to their families who were equally shocked. We wonder if Aaisaheb and Raosaheb can convince Rama to change her stand. Since they are Pratap’s parents, they could make Rama have a change of heart. Along with the Jadhav family, even Sarla and Mama can counsel Pratap and Rama who have lost the belief in their relationship.

We have been rooting for Pratap and Rama’s love since the beginning. We hope they can overcome this hurdle as any other. In the meantime, we would love to know your thoughts on this complicated scenario? Tell us in the comments below.

Almost Sufal Sampoorna: What Plan Does Appa Have In Mind?