Saajana: Will Raosaheb Keep Aside His Ego Accept Rama In His Family?

After being released from jail, Raosaheb learnt that it was Rama and her family, who helped him. We wonder if this will change Raosaheb’s mindset. 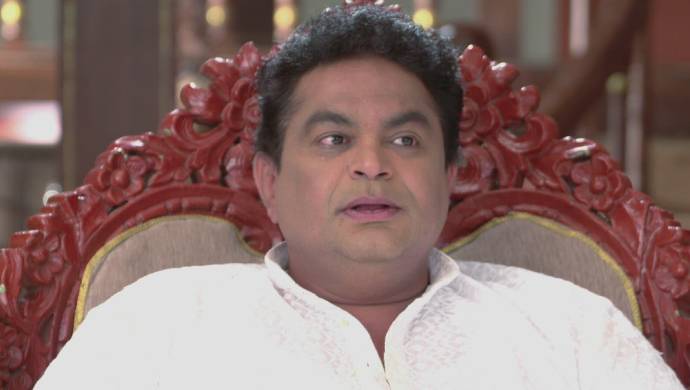 In Saajana, the Jadhav family succumbed to public pressure, after Raosaheb got arrested under the charges of corruption. Abasaheb took this opportunity and exploited the Jadhav family, with whom he has been on ugly terms. During this troubled phase, Rama along with her family, came to Pratap’s rescue and protected him from Abasaheb’s attacks. Following this, Raosaheb was released from jail and Aaisaheb told him that it was because of Rama and her family’s help. After hearing this, do you think he will give Rama and Pratap’s love a chance?

The two’s relationship has stood the test of time. Raosaheb’s opposition and Abasaheb’s evil plans to sabotage their relationship were just small hurdles in their way. In the past, we saw Raosaheb trying his level best to create a  distance between Pratap and Rama, who he thought wasn’t good enough for his son. During this, Pratap left his house and his and Rama’s relationship became more solid. Presently, as Raosaheb is back home from jail, we wonder how he will react to knowing that his family is saved because of Rama’s efforts. Even if he accepts her and Pratap’s relationship in public, will he really be okay with it on a personal level? Since Raosaheb has displayed his cunning side before, we don’t fully trust him. How about you?

It upsets us to see that he can compromise with his son’s happiness, to massage his own ego. We hope Rama,Pratap understand Raosaheb’s new strategy and call his next move, before they are caught off guard. Until then, we would love to know your opinion. Tell us your thoughts in the comments below.

Mehfil Promo: Watch Surekha Punekar Steal The Show With Her Performance! Video Inside