Saajana: Will Sarla Come To Know Rama And Pratap’s Secret?

In Saajana, Sarla keeps inquiring to Rama about her absence. We wonder if Rama will speak the truth. 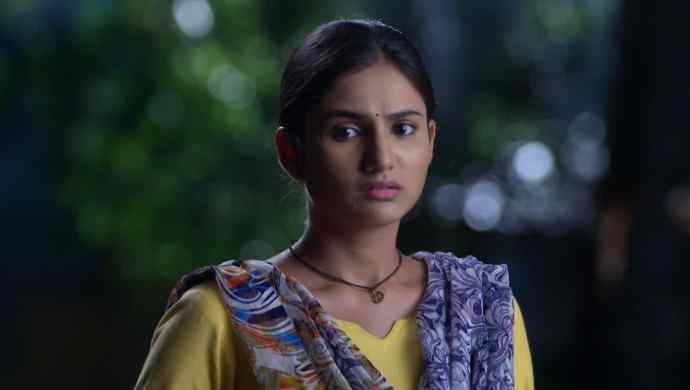 In Saajana, Pratap and Rama’s relationship is no longer a secret since most of their family members are slowly getting to know about them. However, Sarla is still kept in the dark by Rama about her relationship status. So, when Rama, who was spending time with Pratap after her exam, reached home late, Sarla bombarded her with questions. Sarla’s sudden inquiry came as a surprise to Rama who wasn’t prepared for this. Do you think Rama will tell the truth about her and Pratap?

Sarla, is the one person of whom Rama is scared of more than Raosaheb. Even after getting different opportunities, Rama didn’t reveal the truth to Sarla fearing her disapproval. This decision has gotten Rama into trouble multiple times. Recently, when Rama hadn’t gotten home from her exam, Sarla got worried. She asked Rajkumar about Rama’s absence. Rajkumar, who knew that Rama is with Pratap, didn’t tell Sarla about it. This worried Sarla more as she thought Rama is out there alone. Seeing this situation, we wish Rama would’ve confessed to Sarla everything as the latter has always been nothing but understanding.

We hope Rama is able to explain herself properly before Sarla misinterprets the situation. We, personally, don’t think Rama will tell the truth. What do you think, will Rama open up in front of Sarla? We would love to know your thoughts in the comments below.