In the past, Suman has come in the way of Rama and Pratap's happiness, for selfish reasons. 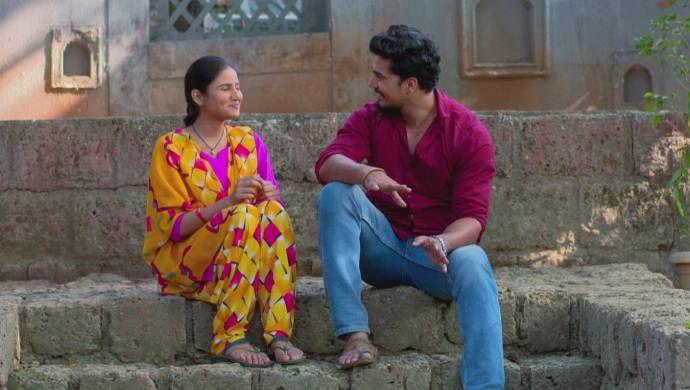 We are aware of the grudge, that Hari and Abahsaeb hold against Pratap and Rama in Saajana. They have consistently sought to destroy him, by going after her. Now, to add to the list of enemies, Rama and Pratap have to face Suman, who is equally annoying. The latter, who is Rama’s cousin, is looking to become rich by using the couple’s marriage as a reason. Since Pratap comes from an affluent family, Suman can use this opportunity to make demands from his family. Do you think she will cause trouble for Rama and Pratap?

Previously, we have seen Suman going behind Rama’s back, and allying with Hari. They both made Rama and Pratap’s life miserable by threatening to reveal their relationship. Following this, Suman also attempted to stain Rama’s image at Pratap’s house, but it didn’t work. Presently, as the preparations of Rama and Pratap’s engagement have begun, she can’t seem to control her greed. She’s constantly throwing tantrums and attempting to make her family buy expensive sarees for her. Due to this, her mother Sarla, has intervened and stopped Suman from making atrocious demands, which can disappoint Raosaheb. But, we aren’t sure if her scoldings will improve the latter’s behaviour.

We are sincerely hoping to see Rama and Pratap happily married, before any new hurdle threatens their union. The couple has come a long way from being lovers to life partners.  We would love to know how would you deal with Suman, if you were in Rama’s shoes? Tell us your thoughts in the comments below.

Almost Sufal Sampoorna: Life Lessons We All Can Learn From The Ketkar Family