Saajana: Will Suman’s Family Manage To Deal With Her Loss?

Suman died in a freak accident while on her way to Rama and Pratap's engagement. This shocking news shattered Suman's parents emotionally. 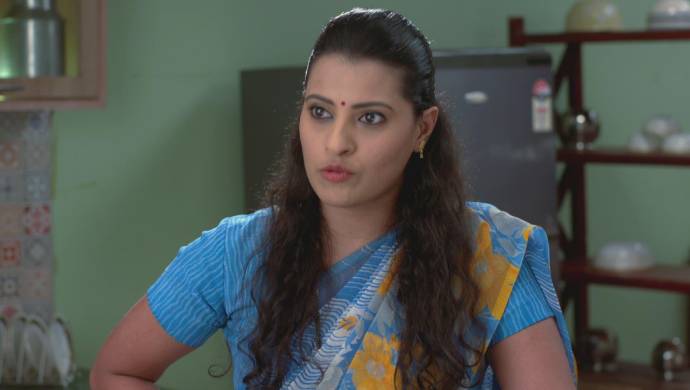 There is always some drama that follows Rama and Pratap in Saajana. Recently, as the couple was enjoying their engagement festivities, Suman broke the necklace which Aaisaheb had gifted to Rama to wear during the ring ceremony. Suman promised her mother to get the necklace fixed on the day of engagement. However, as she was coming with the necklace towards the engagement venue, she met an accident which cost her life. This incident proved to be a huge setback in Rama and her family’s life. It makes us wonder if Suman’s parents will be able to cope with her death.

Suman’s sudden loss has shaken Rama’s family and the viewers of the show. Even though Suman was mean towards the people around her, she never ill at heart. She was always the loudest and boldest one in the room. She spoke up instead of holding grudges in inside her. Now, with her gone, it feels like she has left everyone mourning in her wake. She left a huge space vacant which cannot ever be filled by anyone. We feel bad for Sarla and Mama who always believed that Suman had scope for improvement. While never giving up on her, they wanted the best for her. We hope Suman’s husband will be able to take care of himself and their infant daughter.

Only time can heal Suman’s family who still digesting the situation. We are praying for them and hoping they recoil from this situation at the earliest. In the meantime, we would love to know the things that you are going to miss about Suman. Tell us in the comments below.

Almost Sufal Sampoorna: 3 Things We All Can Learn From Sai

Almost Sufal Sampoorna: Do You Know The Meanings Of These Famous Marathi Sayings?