Saajana: Will Teju Forgive Samar For Cheating On Her?

In Saajana, Pratap and Rama found out Samar was having an affair with other girls while being engaged to Teju. We wonder what Teju has to say. 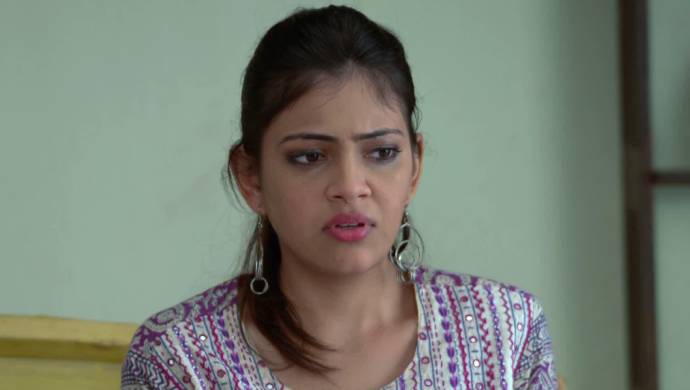 Just like Rama and Pratap are meant for each other, we thought even Teju and Samar were soulmates. In Saajana, Raosaheb had decided his daughter Teju marriage to Samar to tighten the political alliance between both the families. However, the things didn’t go as planned after it emerged that Samar, who is engaged to Teju, was cheating on her. Rama and Pratap found out just in time and informed Teju. As expected she was completely heartbroken, do you think Teju will ever forgive Samar for betraying her?

Last week in the Marathi serial, we saw a lot happen at once. There was Rama and Pratap’s love was growing along with Raksha Bandhan celebration that was shown. Amidst these good things, Teju life fell apart after she found out that her first love and fiance was cheating on her. After Pratap caught him with another girl, Samar wasn’t ashamed of his actions. He rather insinuated Pratap that he compromised by marrying Teju as this union is just for political reasons. Samar took a step further by breaking the marriage and humiliating Pratap.

When Teju got to know of this, she has been inconsolable as she was looking forward to spending her life with Samar. The next day, Ankush Bhau got Samar to Teju’s house so that the latter could apologise to Teju. But, she slapped him. We wonder if Samar will apologise to Teju in tonight’s episode. If you think so, tell us your thoughts in the comments below.

Have Phulpakhru's Tanya And Revati Kept Their Rivalry Aside And Become Friends? See Pic

5 Things About First Love You Can Relate To From Boyz