The Saajana actor might just inspire to revamp your wardrobe. 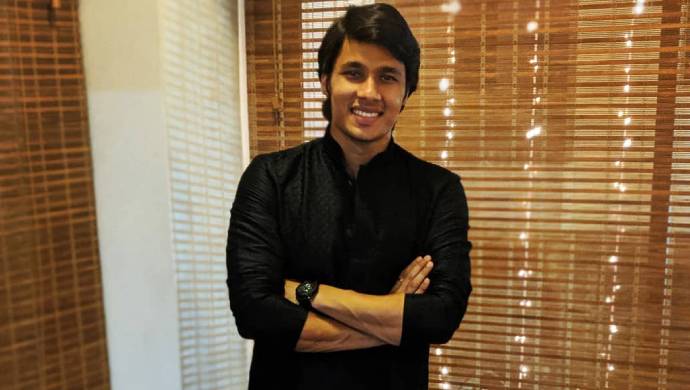 After a long hot summer, rains have finally hit the city. Their arrival was roaring and in a thunderous fashion. We welcomed this change with open hands as this weather made us it’s own. Now, because of this, we prefer to check the scenery outside the window than checking our emails. However, the one way that has been helping us beat the laziness is regular style inspirations that we get from our favourite stars. One such major fashion statement that made a mark in our minds is Suyog Gohare’s. The Saajana actor, who essays Ankush’s character, made us stop and stare at his dress sense (rather than at his evil onscreen antics). To see what we are talking about, read below!

Watch the latest episode of Saajana before you proceed:

We won’t blame if you have hated Ankush Bhau’s character and stood by Pratap’s side in the show. Being a troublemaker of the village, he is not one of the favourites of the villagers too. But, that is just a part of the onscreen drama, as Suyog is completely different in real life. In fact, he is rarely seen wearing those tight bicep-hugging t-shirts. Instead, he embraces various styles.

We love the bold colour of kurta, the actor has chosen to wear. The asymmetrical hemline has been quite a thing in the fashion world. Stealing inspiration from him, you too can opt for kurta of similar fashion.

After seeing Suyog in the classic suit and bow, it is isn’t possible for us to watch him in Ankush’s character the same way ever again. This zero-fuss suit is comfortable while making him look dapper. We are glad he broke up with the causals and embrace the formals.

Clearly, Suyog is killing it with the style statements. We would love to know which one is your favourite from amongst the above?

For more entertainment, check out the latest Marathi shows streaming just for your on ZEE5.