Directed by Nagraj Manjule, the film tells the story of a two individuals coming from different social backgrounds and starting a life together. 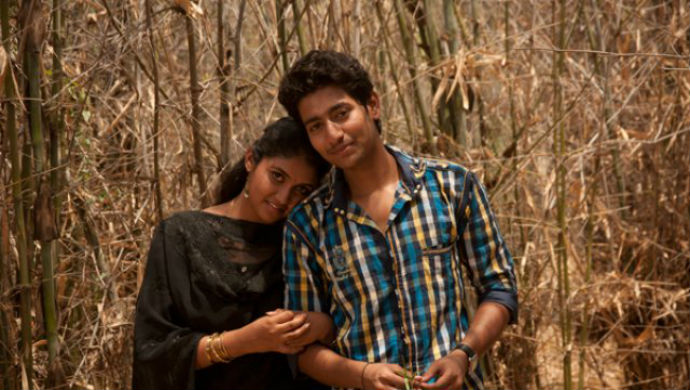 Imagine if Cinderella never met her prince charming, and if Sleeping Beauty never woke up. These fairy tales wouldn’t have had their happy endings. Watching Sairat, you would imagine Archi and Parshya get their happily ever after and that certain love stories last forever. But the shocking end shakes you up and gives you dose of reality, where you imagine Cinderella’s glass slipper covered in blood. The climax of Sairat is what makes it one of the most powerful films of Marathi cinema. Starring Rinku Rajguru (Archi) and Akash Thosar (Parshya), this Nagraj Manjule directional is a socially relevant masterpiece.

The story begins with the introductions of characters Parshya and Archi. He is a simple guy, hailing from a middle-class family. Parshya’s introductory scenes shows him indulging in a game of cricket and having fun with his boy gang. You instantly know that it doesn’t take a lot to impress Parshya. Archi on the other hand is what they call, ‘chota bomb, bada dhamaka.’ One look at her and you know, she’s not to be messed with. She rides a bullet, sets boys right and struts around with confidence.

You get a whiff of Archi’s no-nonsense attitude when she commands a bunch of boys-that are swimming in a well- to get out as it’s her territory. One of the many factors that make Sairat gripping are its lead characters. Parshya is a docile boy who becomes a tough man as the story progresses and the circumstances change. Archi is a confident girl who undergoes her moments of vulnerability. Their transformation is a pleasure to watch, mainly because of stellar performances given by Rinku and Akash. The actors do justice to their parts and it’s hard to tell that Sairat was their debut movie.

The story of the film is one you may have come across in other movies such as Aamir Khan and Juhi Chawla’s Qayamat Se Qayamat Tak or Parineeti Chopra and Arjun Kapoor’s Ishaqzaade, where two lovers hailing from different economical backgrounds life start a life together, after facing rejection from their families. Archi hails from an influential political family who ridicule her for wanting to be with a low-class man like Parshya. As a result, she elopes with her beloved and we are taken on a journey of how the couple survives.

Though the story may be familiar, it’s the treatment that makes the film stand out. Archi and Parshya’s relationship evolves in an organic way, which makes it relatable. There are no forced romantic scenes nor is there unnecessary drama. The incidents shown compliment the flow of the narrative and one becomes completely invested in Archi and Parshya’s lives. Watch out for the scene where Archi leaves Parshya to go back to her family but comes back only to realise that she can’t live without him. The emotions, are all too real here.

We began the article with this point and we’ll end it with it too- the climax of Sairat is worth the wait. The entire structure of the film takes a complete U-turn with the ending scene. What happens is for you to find out. All we can say is watching Sairat without the climax is pointless!

All in all, the brilliantly directed film by Nagraj is more than worth your time. Post your views after watching the film in the comments section below.

Watch the sensational song Zingaat from Sairat, on ZEE5 here.

Exclusive: Phulpakhru's Sameer Reveals How Acting Happened To Him!