In an interview with a popular news website, the actress revealed interesting insights about spending the lockdown with her fiance Kunal Benodekar. 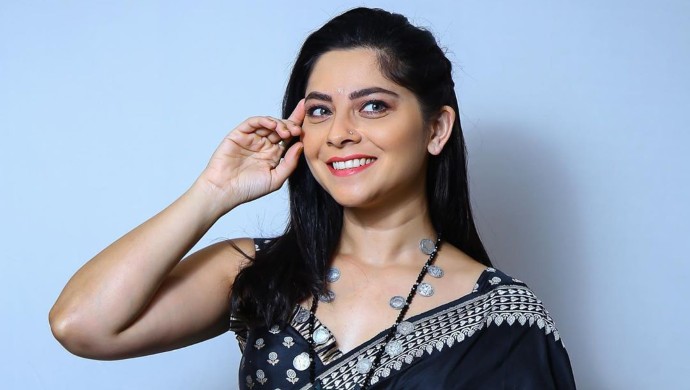 Sonalee Kulkarni had recently announced the news of her engagement with Kunal Benodekar which took the internet by storm. Following the surprise, the actress spilled the beans about her marriage plans. She had also revealed that she’s currently staying in Dubai with Kunal as the lockdown was enforced just before she could return to India. The actress shared her lockdown routine and more such interesting details about her life with Kunal in an interview with a popular news website recently.

The actress got engaged to Kunal in a private ceremony in Dubai on February 2. She later travelled back to India but returned to Dubai to pay her fiancé a visit on March 13. During the time, the nationwide lockdown was enforced which meant that Sonalee couldn’t return to her home in India. Although it was supposed to be a short trip to Dubai, the actress decided to stay over with Kunal.

Speaking about their lockdown routine, the actress revealed, “As Kunal is working from home, his day begins at 9 am in the morning. I too get busy as I have to attend work-related conference calls or live sessions during the day. Post lunch, I have made it a habit to sit down and read a book. Apart from this, I and Kunal are trying to maintain a healthy routine and have been working out together as well,” said Sonalee. The Hampi actress further shared, “I didn’t cook that much before the lockdown. But now the times have changed. I have been trying my hand at cooking different cuisines since the time I am here although Kunal is the better cook among the two of us.”

The actress also confessed that she’s making the most of this opportunity to get to know Kunal better. “In these two years of our relationship, we have juggled three cities-Mumbai, Dubai and London, just to catch up with each other. But we had never been able to be together for more than a week. This is the longest we have been staying together. It’s great because you get to know more about your partner’s strengths, weaknesses, mood swings, etc,” added the actress. “I realised that Kunal and I are like chalk and cheese. We are two very different people and the lockdown has given us an opportunity to learn so many things about each other.” said Sonalee.

What do you think about this adorable couple? Comment below and tell us.

Get all the live updates on Coronavirus on ZEE5 News Section.