The actor drops his serious mood and opts for a nerdy avatar that you won't stop crushing on. 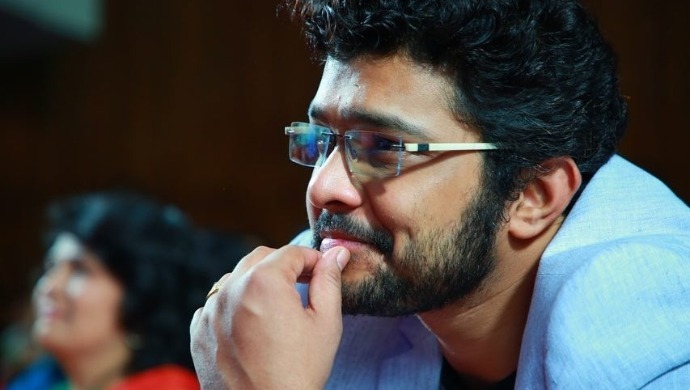 We agree that Suyash Tilak is one of the heartthrobs of the Marathi TV fraternity. In the role of Surya on Baapmanus,  he looks even more handsome, because of his confident attitude and caring nature. Recently, he got another round of brownie points from us after he unveiled his nerdy avatar.

Whereas in Baapmanus on ZEE5, he ditches his glasses and opts for a more serious look

On Suyash’s social media account, he posted pictures of himself wearing spectacles on which we obviously double-tapped. Since then, we haven’t been able to stop thinking about this look. Remember when the film fraternity made ‘Nerdy the new cool’? We are still obsessing over it.

Here are some nerdy looks of the actor…

Thank You Prasad dada for the lovely clicks always. @prasad_tt1

Here the actor is seen wearing round glasses which suits him equally well! Wearing those glasses maybe a major style statement, but it also makes a mark that the wearer is intelligent and well-read.

I’m a fool with a heart but no brains, and you are a fool with brains but no Heart; and we’re both unhappy, and we both suffer. -Fyodor Dostoevsky

When the nerdy personality is mixed with Suyash’s good looks, it is one remarkable amalgamation.

Its always fun interacting with the young bright kids who are truly the future…. The innocence and curiosity is always motivating…. #Repost @thesocialhoot ・・・ Caught in Action !!! Actor #SuyashTilak gracing the interaction session on acting and personality devlopment with the students of SVVM Dombivali!

Which of Suyash’s look is your favourite? Let us know in the comments below!

Can’t stop crushing on  Suyash? Watch him become the legendary Baapmanus in the finale of the show streaming on ZEE5!