Through Tanvi and Anurag's story, you will laugh, cry and give virtual hi-fi to these characters remembering all the silly things you did back then. 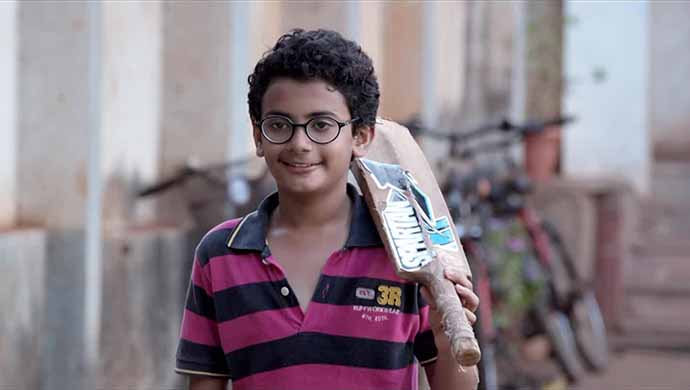 Let’s scroll back to the time when ‘waking up on the wrong side of the bed’ wasn’t in our dictionary and in our attitude. Because we were happy-go-lucky. At that point, our biggest concern was presenting our Math homework on time. Is this making you nostalgic? This tinge of nostalgia will stay with you while watching Ti Saddhya Kay Karte on ZEE5. It is a story of the childhood besties, Anurag (Ankush Chaudhari) and Tanvi (Tejashree Pradhan), who meet after decades.

Seeing their childhood avatar in the Marathi film, here are certain things that will remind you of your own childhood!

1. Being rude to girls

Back in the day, we treated opposite genders like they were aliens from various planets who were not to be spoken with. So, it is totally understandable when Anurag is rude with Tanvi during the dance practice.

We are totally judging you if you were a student who went without a negative remark or punishments. Our only true religion in school was being naughty. However, with that came comprising on the grades. In Ti Saddhya Kai Karte, you can clearly see Anurag’s struggle with the score, I bet we all have sailed in the same boat at some point.

All the 90s kids had their own handshakes, a sign of true friendship. Isn’t it cute to see our childhood customs revived between Anurag and Tanvi?

Oh boy! This almost gives me nightmares thinking about the glasses we have broken and the troubles it landed us in. Each memory of this incident is also infused with a huge dollop of laughter.

5. Your sense of adventure

Adulting comes with a lot of responsibility. Before every decision, you have to think about yourself, your future and family. However, while growing up we were carefree and impulsive. As an audience, we see these qualities in the young Tanvi and Anurag.  Especially, when he sends love letters to both, Manasi and Tanvi without aforethought.

After watching this, let’s for a moment, keep the adult within you at bay and give the child in you the time to breathe. We would love to know if you felt the same feeling after watching the film.

For more entertainment, check out Marathi films streaming on ZEE5.

Sau Shashi Deodhar, Phobia: 5 Psychological Thrillers You Can Treat Yourself With