Titeeksha Tawde And Khushboo Tawde Make Us Stop And Stare In Traditional Wear!

The Tawde sisters know how to steal the thunder with their evergreen beauty! 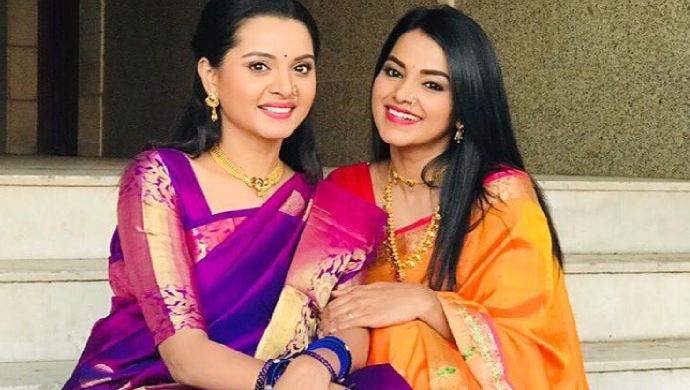 We have loved Titeeksha Tawde and Khushboo Tawde’s acting in their respective serials. Titeeksha was seen playing the lead in Tu Ashi Jawali Raha, while Khushboo was in Aamhi Doghi. Both the shows made quite an impact on the audience and stayed with them long after going off-air. So, every now and then, we love to check their social media and double tap on their pictures, which are always on point. Recently, Titeeksha posted pictures of herself alongside her sister in which both the ladies had donned a desi avatar. We couldn’t leave this opportunity to discuss their look!

Titeeksha and Khushboo are always seen clicking pictures with each other. Sometimes, in these glimpses, we see Khushboo’s husband Sangram Salvi third-wheeling alongside the sister duo. In one such picture, which Titeeksha recently uploaded, we saw her wearing a suit piece and Khushboo in a typical traditional saree. While Titeeksha opted for a simple, more subdued look, her sister Khushboo paired her saree with a diamond choker and earrings. The latter also wore a nath, which gave a more traditional touch to the whole outfit.

While the Tawde sisters made their own sartorial fashion choices that were vast apart, the contrasting combination in their respective attires seemed to be the only similarity. After seeing this, we would love to know which is your favourite look amongst the two! Tell us your thoughts in the comments below.

5 Romantic Movies That You Need Check Out This Weekend