Love is in the air for these two on Tu Ashi Jawali Raha! 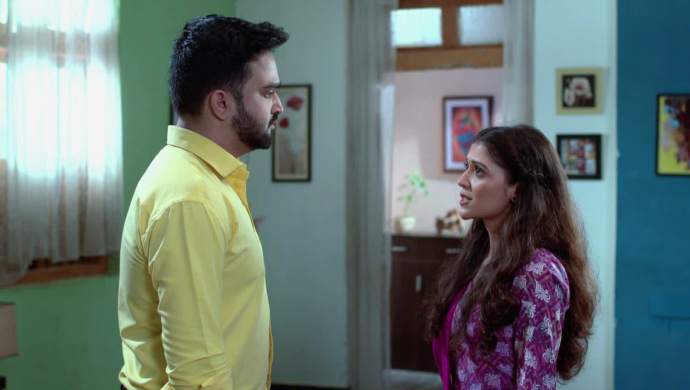 While watching the last night’s episode of Tu Ashi Jawali Raha, we couldn’t stop rooting for Sakhi and Nitish’s union on watching the sparks fly between them. After spending eternity being friends, it is a high time they take the next step in their relationship! Now is a good time than ever as Nitish has distanced himself from Sushmita who used him for her own benefit.

So, taking inspiration from their bond, we have listed five reasons why Sakhi and Nitish are truly #CoupleGoals!

We have seen Nitish and Sakhi’s friendship right since the beginning of Tu Ashi Jawali Raha. Sakhi and Manva might be best friends but that never came in between her bond with Nitish, in fact, it only brought him and Sakhi closer. Even Nitish’s parents truly love the kindness that she has shown towards them.

They understand each other

Apart from sharing a strong friendship, they also have a deeprooted understanding. Sakhi has always supported Nitish and Manva during their worst time. Nitish and Sakhi have together been through hard times when his father’s condition was down.

They have each other’s back

When Rajveer barred Manva from going to the hospital, Sakhi immediately stepped in. She may not have filled Manva’s gap, but she made her place in Aai and Baba’s heart. Nitish and Sakhi both consoled his mother, who was in a bad state, when Col. Ajay got a heart attack.

We have seen the financial crisis Manva’s family is going through currently. In these desperate times, Sakhi offered to lend Nitish the money to pay off the hospital bills. But, Nitish refused to take anything from her as he didn’t want to drag money matters between them.

They respect each other’s boundaries

Knowing that Manva is a mutual person between them, they always respected their relationship. Sakhi, who has liked Nitish for a long time, hasn’t spoken about her feelings since she knows he is her best friend’s brother.

After you are done reading this, don’t forget to give them a shoutout in the comments section!

Vartul: Should Soha Do A Background Check On Vikram?

Phulpakhru's Sameer And Manas Had A Ball While Shooting For Yaariyan, Watch Video!